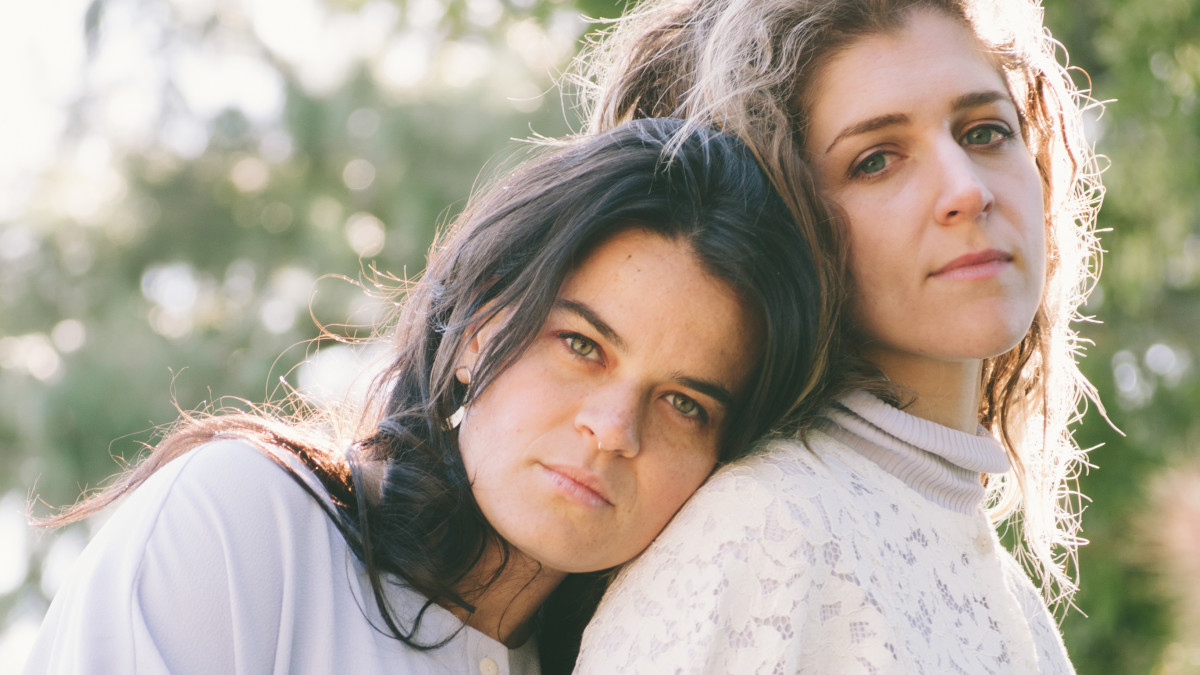 Gone are the days of a clear dividing line between "mainstream pop" and "conscious" music.

Many of the world's highest-grossing pop stars are climbing the charts with lyrics that seem to get right at the very weight of human existence. They're tackling climate change, and drug addiction, crippling anxiety, inequality, sexism and racism. It's a fascinating shift to witness.

That's why this week, Nate and Cahrlie especially thrilled to be chatting with folk-pop duo Overcoats.

JJ Mitchelle and Hana Elion are known for otherworldly harmonies that sound more like a single voice diverging in two rather than the other way around.

They discuss two singles off their new album "The Fight" (out now), and reflect on how seemingly small decisions about a song's arrangement can make things like anxiety and microaggressions feel a bit easier to carry.