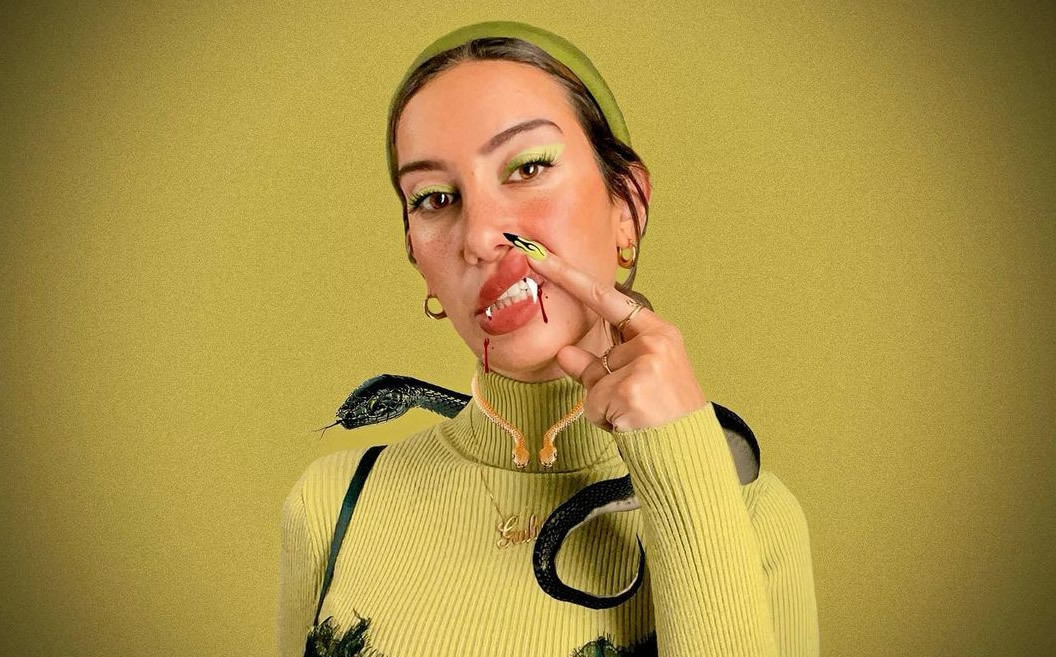 Look at the list of the most exciting artists at the moment, those whose stock is rising on streaming platforms all around the world – and you’ll find WOLF deservingly there.

The Queens, New York-based singer-songwriter (real name Julia) has broken through in the past few months with her brand of brutally honest pop music that is just as dance-able as it is relatable. Just call her the Batman of Pop.

On singles “Hoops”, “High Waist Jeans” and “Villain” (which collectively have over 5M global streams), WOLF taps into the parts of life that make teen romcoms just so admirable: Spilling your heart with friends at drive-thru’s (on “Hoops”), letting an ex know that he wasn’t that ex you were missing (“High Waist Jeans”) and reminding people that you’re not here to play games (“Villain”).

If the themes of the songs weren’t enough to fit the soundtrack of a John Hughes movie, then the lyricism will. On “Hoops”, Julia paints a picture of friends chilling out in a car park and shooting hoops in a way that is so visual that you feel like you’re right there with her. And, on “Villain”, she is so pointed that you convince yourself to never get into an argument with her.

But, importantly, this is only one side of WOLF.

If her “Gotham” EP is her Batman, her “Julia” and “Wolf” EPs are her Clark Kent (different superhero, we know). On songs such as “Ghost” and “Play Dead”, WOLF shows a softer side of her music. Don’t mistake her – she’s still not messing around, but with her alter-ego stripped away, she shows the “behind closed doors” inside look of after the fighting has ended, and the real human being is left with rubble to clean up.

Away from the analogies, and ignoring the impressively high stream counts she has collected over the past few months, WOLF is a bright spark for pop music: Great storytelling, a kind soul and a determination to break through.

WOLF sat down with James Gilmore to talk alter-egos, mistaken Tweets, nearly leaving L.A. to set-up a pizzeria and so much more.