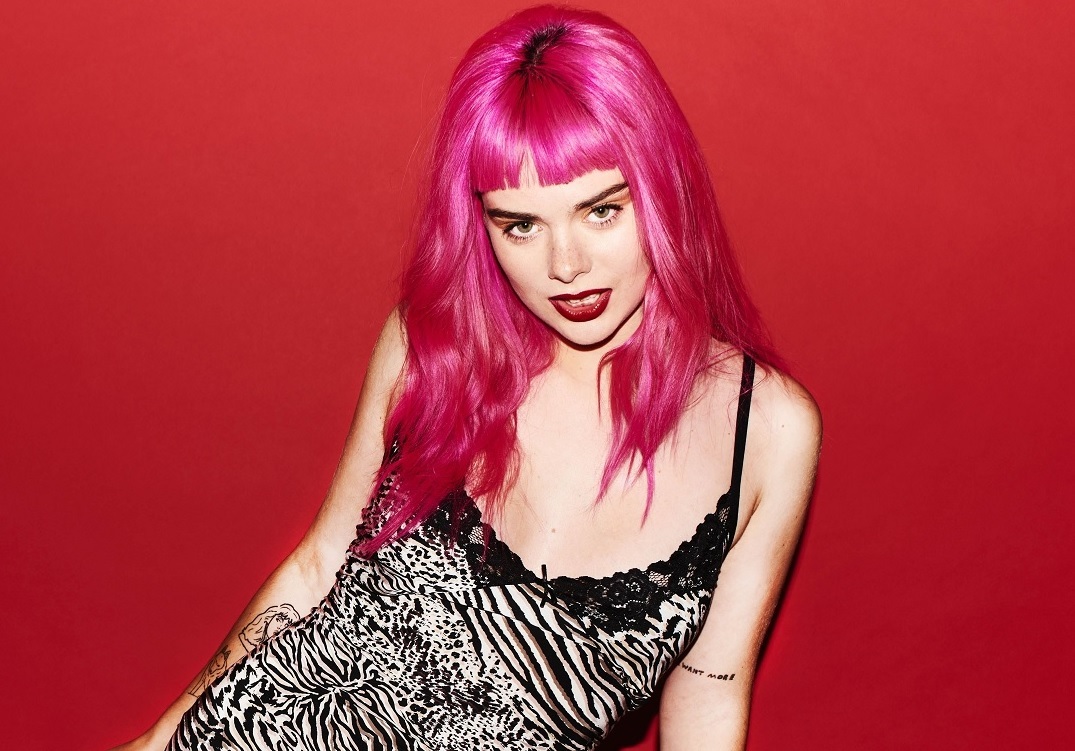 GIRLI is breaking the boundaries of pop music – and she doesn’t care if you have a problem with it.

Growing up in a creative household, with both of her parents being actors, GIRLI wasn’t actually particularly artistic when she was younger; focusing mostly on doing well in school and focusing on politics. In fact, she even served as a Youth MP for Camden Council which begs the question: Could we one day have GIRLI for Prime Minister?

She found her love for music when she was taking her GCSEs after being inspired by music her Dad would play around the house, “funny tongue-in-cheek” lyricists such as Lily Allen, Amy Winehouse and Arctic Monkeys all made up her GCSE playlist. Spending most of her breaktimes at school in the music department getting lost in instruments, she literally went on “joinmyband.com” to find a band, which she quickly took charge of.

Since then, it’s been a journey of discovery – both in terms of the music industry discovering her, and GIRLI discovering herself. After getting dropped from a major record label, to realising a way to push out the message that she wanted to stand for, the GIRLI meet today is one who is dead-set on leaving an impact on the world.

Rojan Said sat down with GIRLI to talk about her new EP, navigating the music industry, her creative vision for her art and more.

Interview with Maisie Peters
Switched On Pop | What the 63rd GRAMMYs say about the state of pop
Interview with Christy
Hot in Music
How Megan DiVincenzo Left Her Law Practice To Chase Her New Dream
A podcast breaking down the music of pop hits.
New Wave Sounds: Luna Blue, Jhana Boy, Outer Stella Overdrive
W!ZARD Radio Station's resident alt/indie expert Rhiannon Nevada drops three upcoming artists she thinks you should be keeping your eyes on.
Interview with Glass Animals
From performing on Jimmy Kimmel to topping Australia’s Triple J Chart we had a lot to catch-up on with Glass Animals.
Interview with lotusbliss
Rhiannon Nevada sits down with the band of brothers about their upcoming EP and, of course, Lotus biscoff.