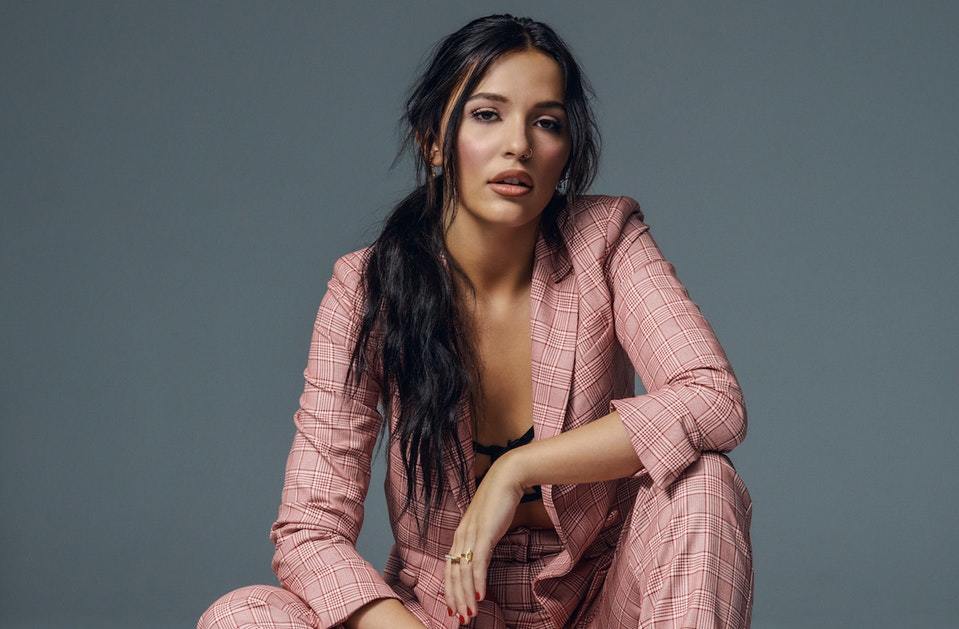 It’s very rare that we write a feature on just one artist… but, then again, nobody else is quite like Lennon Stella.

The Canadian singer-songwriter (who first made a name for herself as the star of hit TV show Nashville alongside her sister, Maisy Stella) is, essentially, amazing. Like… everything about her. So, let’s try to break down exactly what makes Lennon Stella the star that she is.

Starting in the most important place: Lennon’s music. Other than her contributions to Nashville the first original music we heard was a snippet of what came to be her first single, ‘Bad’. The snippet was not even 30 seconds and went viral (because the song is so good). People uploaded covers of the 30 second snippet on Instagram and YouTube as well.

Lyrically, ‘Bad’ was also very impressive – in the song she refers to how she wishes an ex had treated her bad now (“the truth is you couldn’t have loved me better”) now they’ve broken up… only to drop the bombshell near the end of the song that he had actually HAD BEEN DATING SOMEONE ELSE FOR SIX YEARS!

From pop tracks such as ‘Bad’ and ‘La Di Da’ and her feature on Jonas Blue’s ‘Polaroid’ to more chilled out vibes on ‘Breakaway’ and ‘Feelings’ – Lennon Stella can do it ALL when it comes to music.

Also, new single ‘BITCH (takes one to know one)’ is a glory – as we’ll get onto next.

Latest music video for ‘BITCH (takes one to know one)’ is the perfect example of how Lennon Stella is able to balance meaningful lyrics with layered visuals. The video is super relatable and stunning and hilarious all at the same time (much like the song itself).

Through-out all of her videos and photos she has a really unique style. We would describe it as 80s brought into modern times… and she pulls it off, seemingly, effortlessly.

From capturing hilarious, “you wouldn’t believe it unless you saw it” moments to just chilling with her sister, Lennon’s Instagram is the only account you need to follow.

There’s a Highlight on her Gram called “Kelly” which is the only thing you need to watch to cheer you up. It involves a ton of call centres phoning her thinking she is a woman called Kelly and it is CLASSIC.

If it’s not her hilarious take on day-to-day life, it’s irresistible videos with family and friends. Sister Maisy makes a frequent appearance too (it’s ADORABLE how they comment on each other’s photos with such encouraging messages)!

We have just spent 15 minutes listing some of the reasons why Lennon Stella is incredible and going to be the biggest artist on this planet. You have just spent a similar amount of time reading these reasons. DOESN’T THAT SAY EVERYTHING YOU NEED TO KNOW?!

Check out Lennon Stella’s new single ‘BITCH (takes one to know one)’ and EP 'Love, me' everywhere now.

Review: thank u, next
Interview with Alice Chater
Review: The Sun Will Come Up, The Seasons Will Change
Interview with Carly Pearce
Alec Feldman presents... P!nk: The Musical
Hot in Music
Social Distancing Diaries | Morgan St. Jean
Personal insights and experiences from the world of music and entertainment in the midst of the coronavirus crisis.
Switched On Pop | Red Hot + Blue (with Meshell Ndegeocello)
A podcast breaking down the music of pop hits.
'WHO IS NOAH CYRUS?' (0207 Def Jam UK, Munya Chawawa Signs To Atlantic, 2021 Grammy Nominations)
Join Nic, Sope and Eden as they examine the trending topics of the week, new releases and mercilessly debate your favourite artists.
Interview with Riscas
Rhiannon Nevada sat down the rising indie band to talk about supporting Sam Fender & Pale Waves, their come up and what's to come next.