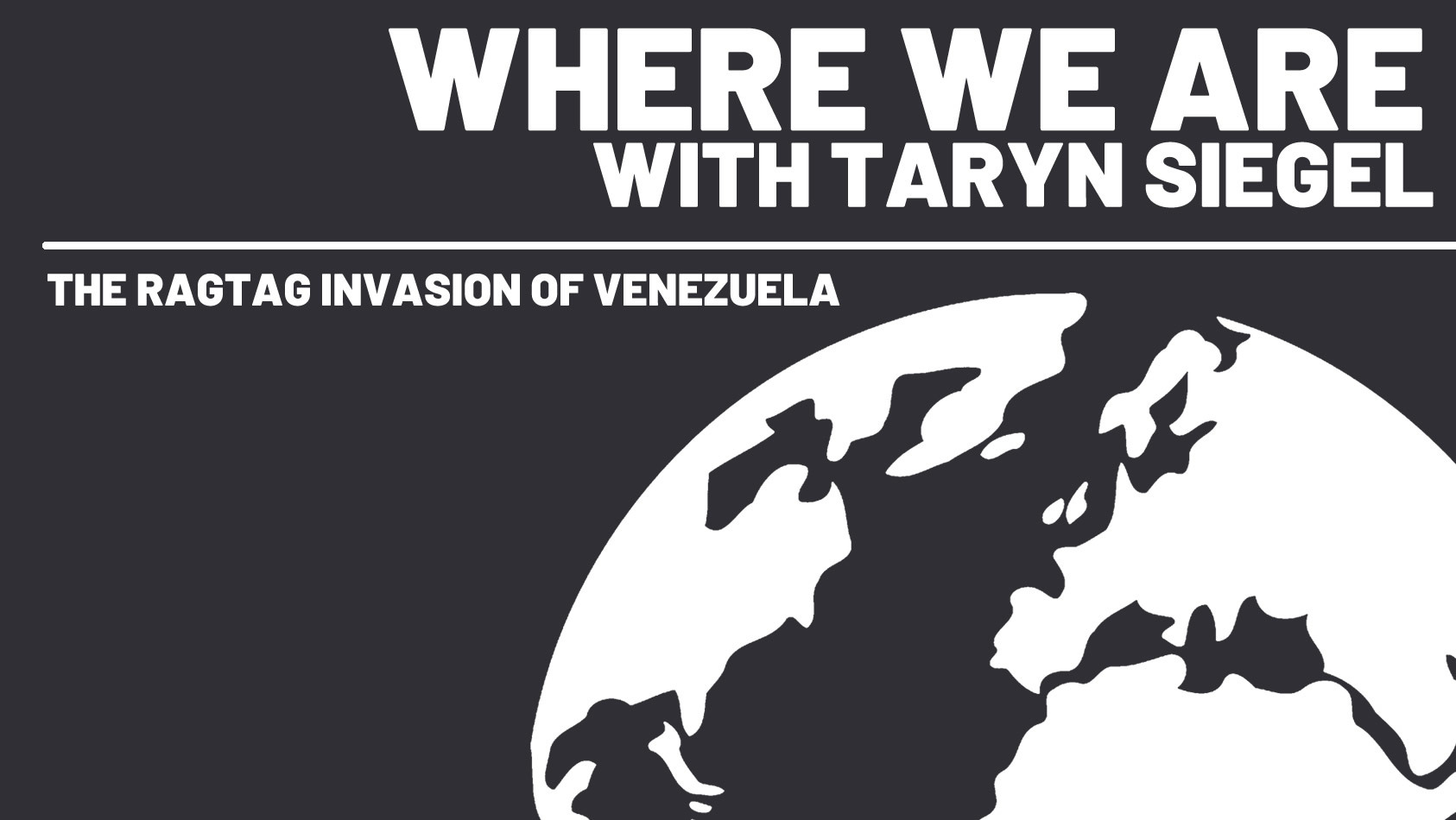 The Ragtag Invasion of Venezuela / Where We Are (with Taryn Siegel) / W!ZARD Studios

This Week: Taryn Siegel deep dives into the failed, poorly-prepared plot to invade Venezuela, allegedly organised by two former U.S. special forces soldiers. She also provides a summary of the key news stories from around the world from the past 7 days.