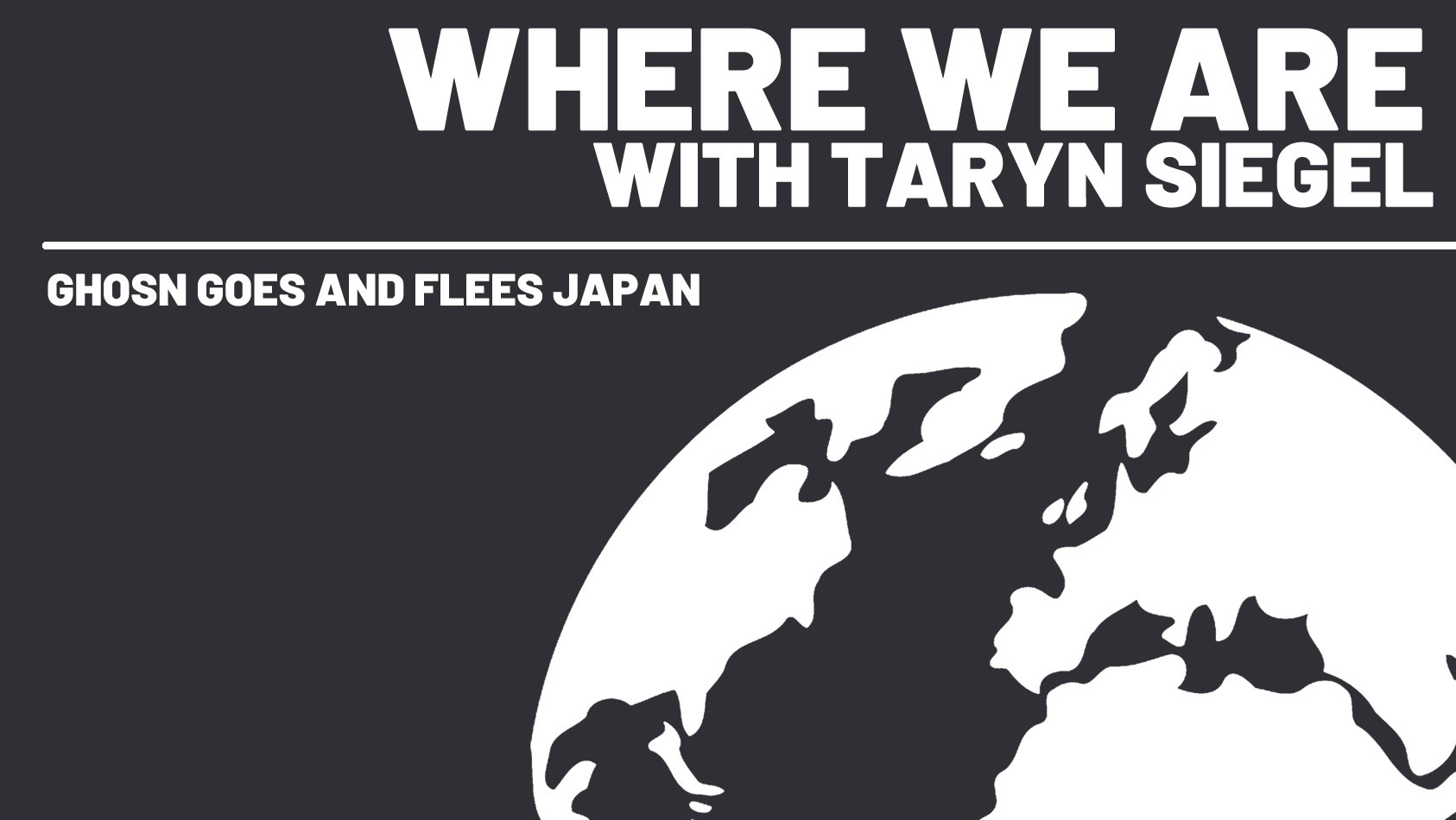 Ghosn Goes And Flees Japan / Where We Are (with Taryn Siegel) / W!ZARD Studios

This Week: Taryn Siegel deep dives into the breaking story that former-Nissan CEO Carlos Ghosn has fled Japan following arrest. She also provides a summary of the key news stories from around the world from the past 7 days.