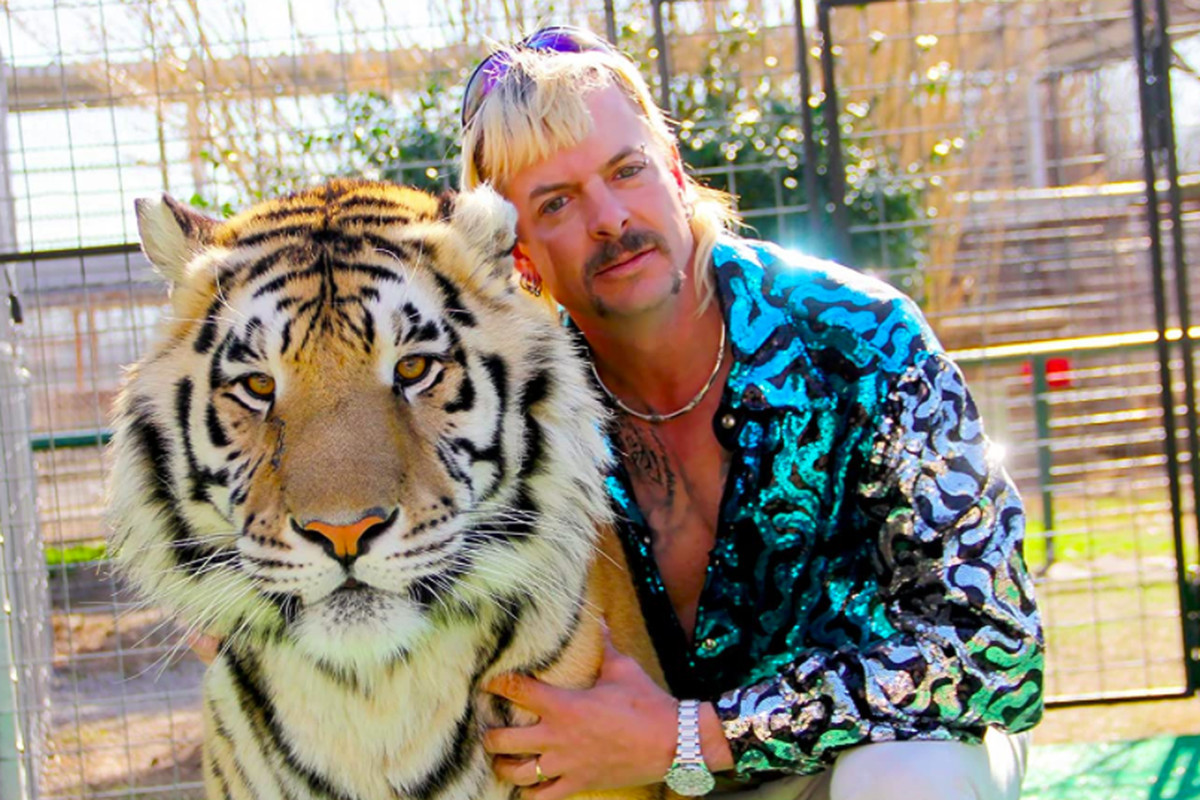 Among the many bizarre traits of this zoo keeper, Exotic tries his hand at country music.

Interspersed throughout the series, Joe sings about his love of big cats as well as his hatred for his nemesis in a gruesome murder ballad. But it turns out that amongst his many lies, Exotic’s country career may be yet another fabrication.

Charlie speaks with journalist Robert Moor, host of the podcast Joe Exotic: Tiger King about who’s really behind the music.

Hot in Music
Punch Up The Jam | i2i from A Goofy Movie (with Chris Fleming)
Every week, comedian/musician Miel Bredouw teams up with a special guest to revisit, review and revise the songs of our yesterdays, yestermonths or even (dare we) yesteryears.
Interview with Gracie Abrams
Gracie Abrams’ music just hits differently. The artist sits down for an in-depth interview covering everything from her music to wanting to be stabbed in the heart.
Interview with Avenue Beat
Meet Avenue Beat: three women from Quincy, Illinois who sing about having anxiety and not liking your boyfriend… and are W!ZARD Radio’s Rising Country artists this May.
Switched On Pop | Carly Rae Jepsen: Meeting The Muse
A podcast breaking down the music of pop hits.