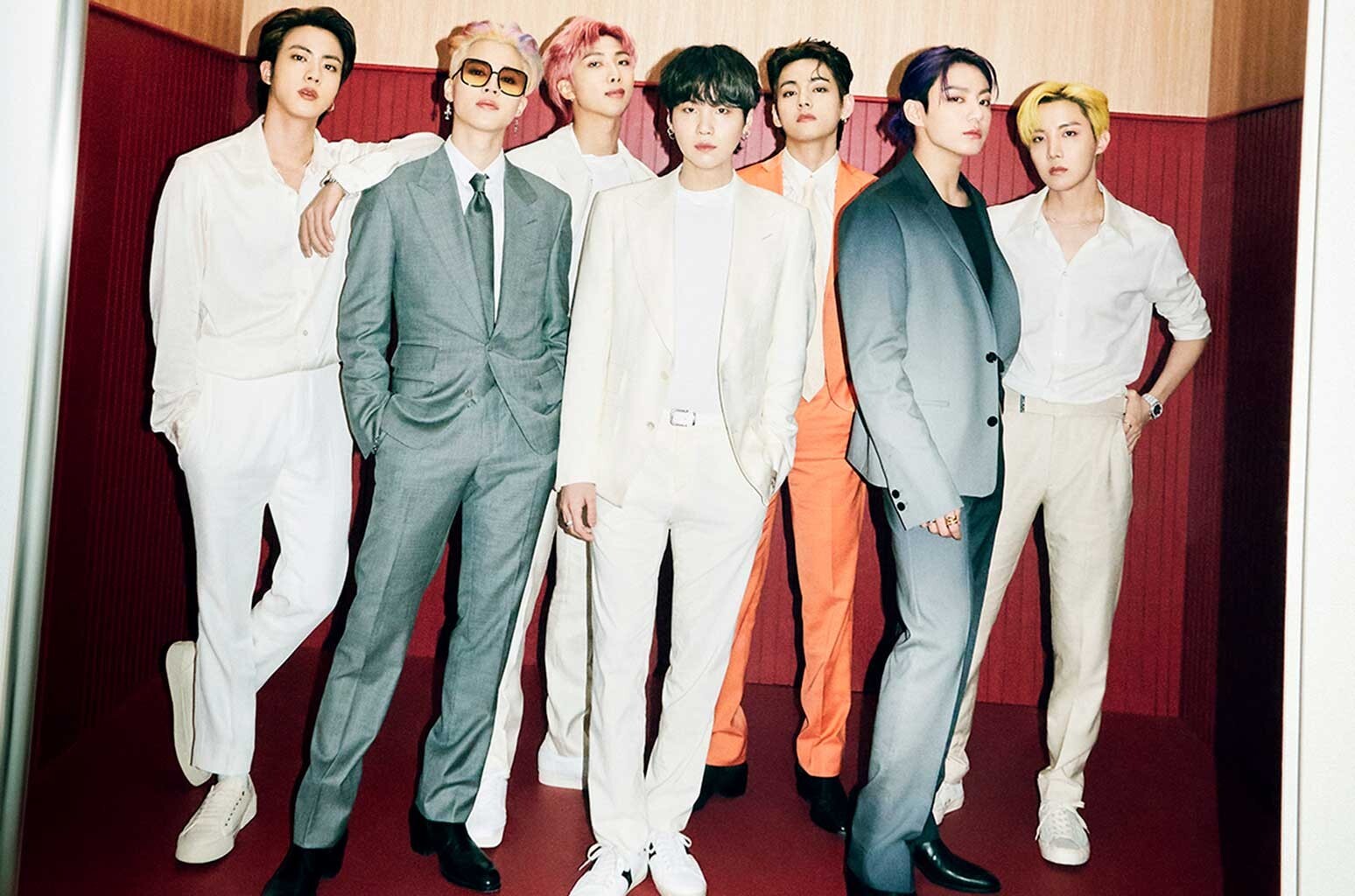 The song shot up the charts, became one of the most successful YouTube videos in history, and won over pop radio, which had stubbornly refused to play their songs in Korean. Now in summer 2021, BTS have topped themselves again with “Butter”, yet another English language bop that melts… like butter.

BTS member Jimin told Variety that they wanted to make an “easy-listening,” fun song, and it arrived as a much-needed distraction from the slow-burn global pandemic.

Constrained by ongoing travel restrictions, the song was written over WhatsApp, a collaboration done via text and voice notes sent between South Korea and North America.

Jenna Andrews, one of the songwriters, says that the song went through at least 50 rewrites to reach perfection. The final single is a tightly produced, less than three-minute song where every moment is a hook. The song shifts nostalgically from 80s Prince, to 90s Michael Jackson, though 2000’s EDM, each second highlighting BTS’s musical savvy and distinctive vocal performance.

In our kick off episode of our Summer Hits series, songwriter Jenna Andrews spoke with Switched On Pop about how she worked with BTS to craft this song remotely and map out every throwback reference. In the second half of the episode, we speak with Bora, a prominent BTS translator who presents the case for why we should hear “Butter” as the first step down the BTS rabbit hole, especially into their Korean language discovery.