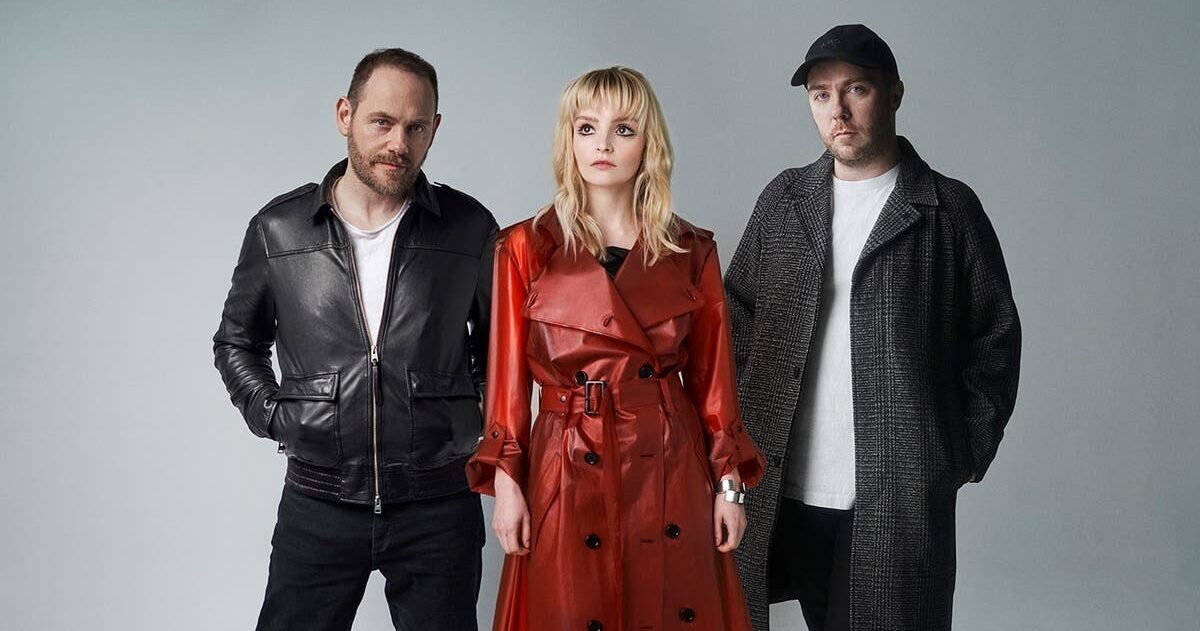 CHVRCHES is well-known for their comprehensive use of synthesizers and their updated take on "synthpop", a subgenre of pop we most closely associated with the 1980s.

While gearing up to make their second album in 2015, CHVRCHES members Iain Cook and Martin Doherty spent much of the recording budget buying up many of the original synthesizers used to make those iconic 80s dance tracks. Contemporary replicas of those synth sounds are now commonplace with pop acts like Dua Lipa and The Weeknd. But CHVRCHES has been wielding these sounds for more than a decade, and their newest project is a great reminder of how closely we link that synth sound with not just to a bygone era, but specifically to the eerie sound of horror film.

Screen Violence is their new album. It draws inspiration from classic horror films like John Carpenter's Halloween. With its horror frame, the lyrics explore dark themes, like the violent online abuse CHVRCHES lead singer Lauren Mayberry has endured for much of the band's existence, a hyper consciousness of her own mortality brought on by that abuse, and fears of losing her grip on reality.

Switched On Pop's co-host Charlie Harding spoke with Lauren, Ian, Martin from CHVRCHES about the making and meaning of Screen Violence.