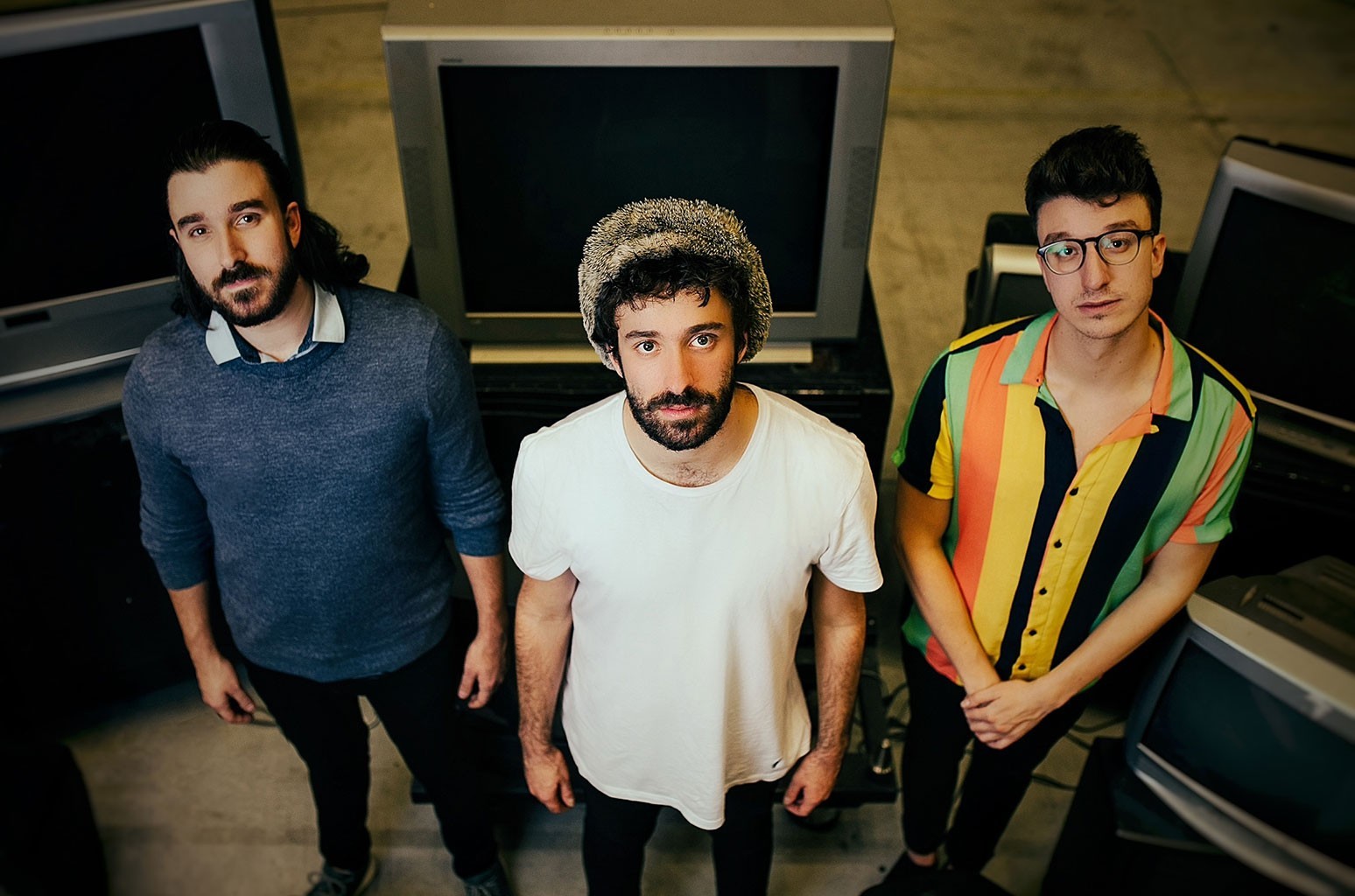 Andrew, Jack and Ryan Met, better known as AJR, started playing gigs on the streets of New York City. The sidewalk hustle taught them how to grab the attention of the least forgiving audience. Now on their fourth studio album OK Orchestra, they’ve honed an ear-stopping sound that combines modern pop with Broadway bombast.

Their platinum-certified single “Bang,” pairs carnival-like horns section with skitterying trap style hi-hats. This strange pairing worked. Peaking at No. 8 on the Hot 100, the song is their strongest commercial release so far, despite sounding like nothing else on Billboard. It is a coming of age celebration (“I’m way too old to try so whatever, come hang / Let’s go out with a bang”) with lyrics that lament the pedestrian parts of adulthood: eating healthy, paying taxes, and remembering your passwords. Like its broadway influences, “Bang” takes little moments and makes them sound larger than life.

Switched On Pop’s Charlie Harding spoke with Jack and Ryan Met about the making of “Bang”, their latest single “Way Less Sad” and the show tune influences on OK Orchestra.