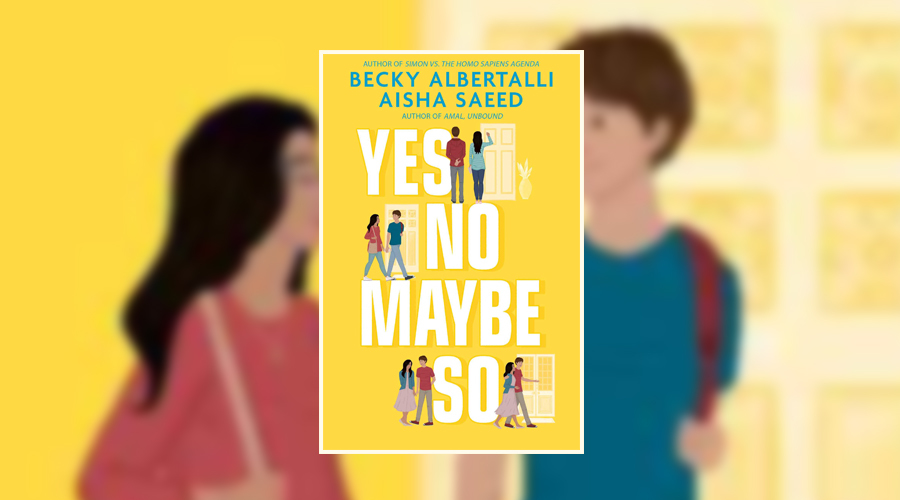 In the past, young people have been criticised for not being politically aware or engaged in politics. In the U.K., for example, several social research studies have found an association between the political interests of the British public with their age and levels of political understanding and engagement, suggesting that young people are generally less interested in politics than older people.

In the recent years though, this has changed. Most notably in 2019, the rise of the climate talks have sparked a huge increase in youth political activism across the world. In the U.K., school pupils called for radical climate change in a UK-wide strike as thousands of schoolchildren walked out of classes amid growing anger at the failure of politicians to tackle the escalating ecological crisis.

A new book, "Yes No Maybe So", written by authors Becky Albertelli and Aisha Saeed.

Written as a response to the election of President Trump, the story follows the political journey of two main characters: Jamie Goldberg and Maya Rehman.

Jamie, is not a confident public speaker, however, is comfortable with volunteering for his local state candidate behind the scenes. On the other hand, Maya is a confident and self-assured girl, but is currently having the worst Ramadan ever: her best friend is too busy to hang out, her summer trip is cancelled, her parents are separating and now her mother thinks the solution to her problem is political canvassing with some awkward guy she hardly knows.

The reader follows Jamie and Maya’s journey in political campaigning and it reveals many authentic aspects of political activism; for example, it reveals that going door to door canvasing is not exactly glamorous, but also it is not the worst thing in the world; there is a lot to be learnt in the process.

Visit: www.wizardradio.co.uk/yesnomaybeso to find out more details about the book.

Inspired by Yes No Maybe So, on her radio show Nina Porter asked listeners if they believe that young people can actually make a difference to politics.

Listen below to hear what listener Georgia had to say...