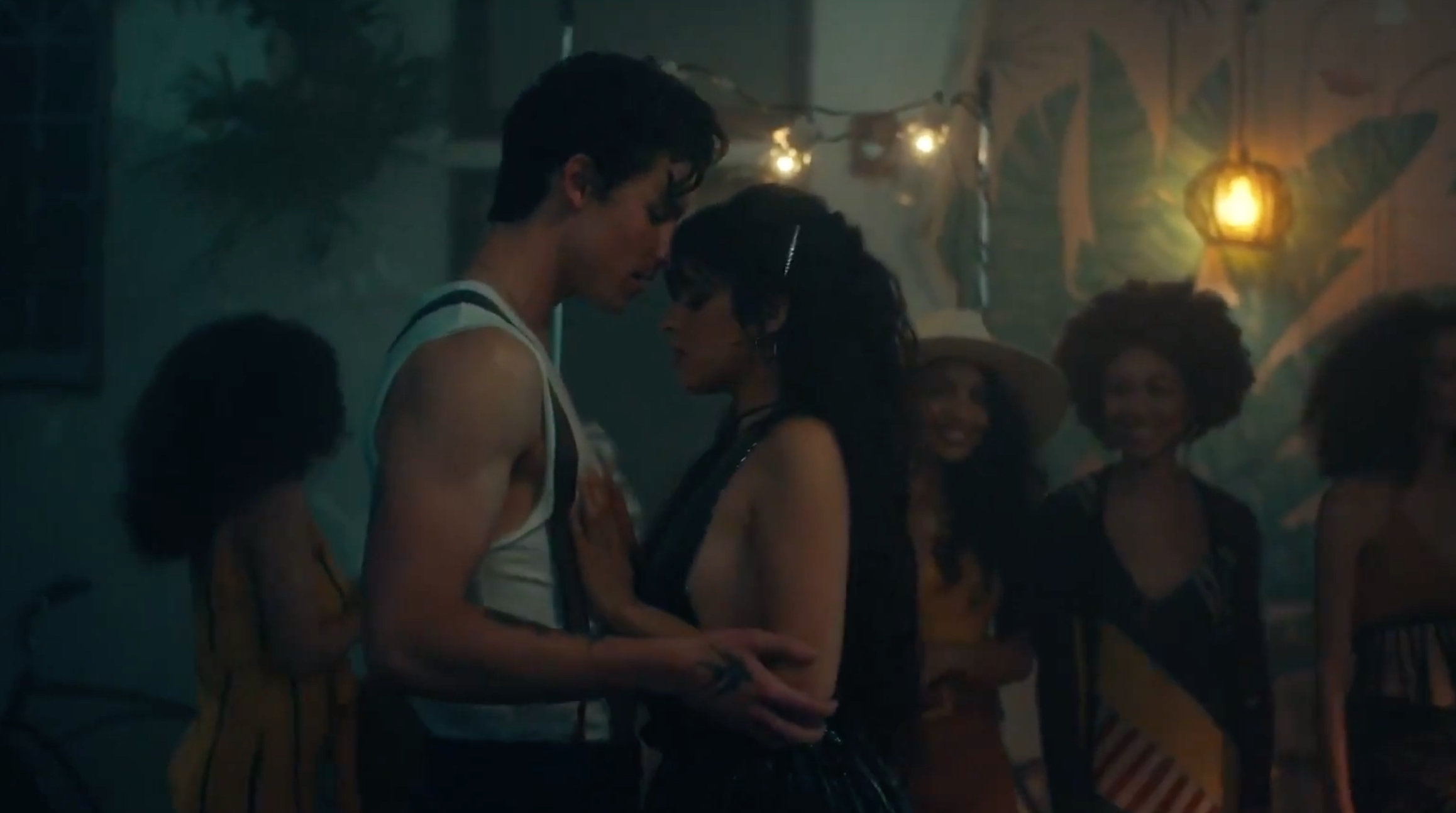 It’s officially Summer and for all of your Summer Solstice celebrations we have a steamy new record from Shawn Mendes & Camila Cabello¸ Marshmello (with country-pop star Kane Brown) alongside Stormzy, Zara Larsson and a little-known country-trap-rapper called Lil Nas X?!

As frustrating as it is going to be to work out how to do the tilde (aka the squiggle) on the N of “Señorita” every week for the next 8-12 weeks (because you know we’re never going to remember how to actually do it) the gift in return is very much worth it.

Shawn Mendes and Camila Cabello have been “friends” for a long time and collaborated on one of Camila’s first ever single tracks (“I Know What You Did Last Summer”… UH HUH). But now they’ve grown up and as Camila says herself in this song, “You say we’re just friends but friends don’t know the way you taste”. It’s hot and steamy and makes us do a Sharpey Evans-esque arrribbbbaaaa.

We can imagine this playing at the super-hot pool party we’re definitely not invited too.

Marshmello – One Thing Right (feat. Kane Brown): If country-pop collaborations are the trend of the Summer, Mello has come up with one of the best. Kane Brown’s strong vocals shine on Marshmello’s production to make a track which you can’t help but dance to. We can imagine this playing at the super-hot pool party we’re definitely not invited too.

Stormzy – Crown: He’s back with a new track and it’s a good one! Following up after the banger that was “Vossi Bop”, “Crown” is heartfelt and meaningful as it touches on some of the struggles Stormzy has faced since he’s been put in the position as the “King” of British rap – “I done a scholarship for the kids, they said it’s racist”. Whilst it might not be on the BBQ playlist, like all Stormzy songs, it’s going to be a big one.

Lil Nas X – Panini: Somewhat unsurprisingly, the new track from Lil Nas X is not country-trap, nor does it feature Billy Ray Cyrus. “Panini” (taken from the new 7 EP… which actually has 8 songs but whatever) is more of a rock-trap mash-up, with a trap beat but rock instruments. And it’s got a really good chorus. Maybe Lil Nas X won’t be a one hit wonder?

Zara definitely proved herself ready for the Summer Solstice!

Zara Larsson – All The Time: Well, Zara definitely proved herself ready for the Summer Solstice with this one. The first lyrics are “SUMMER TIME”! Good timing Ms Larsson. This is a bop and that is all we have to say on that.

Migos – Stripper Bowl: They just go right into it with this one. There’s actually a whole section with just the ad-libs (which we deeply appreciate) and then another section where the rapping is so slow that it just sounds like the off-beat “shouty parts”. Migos have really found their formula and it WORKS SO WELL!

Daya – Left Me Yet: Daya deserves another big single and the campaign for that starts RIGHT HERE.

Hot in Music
Punch Up The Jam | i2i from A Goofy Movie (with Chris Fleming)
Every week, comedian/musician Miel Bredouw teams up with a special guest to revisit, review and revise the songs of our yesterdays, yestermonths or even (dare we) yesteryears.
Interview with Gracie Abrams
Gracie Abrams’ music just hits differently. The artist sits down for an in-depth interview covering everything from her music to wanting to be stabbed in the heart.
Interview with Avenue Beat
Meet Avenue Beat: three women from Quincy, Illinois who sing about having anxiety and not liking your boyfriend… and are W!ZARD Radio’s Rising Country artists this May.
Switched On Pop | Carly Rae Jepsen: Meeting The Muse
A podcast breaking down the music of pop hits.