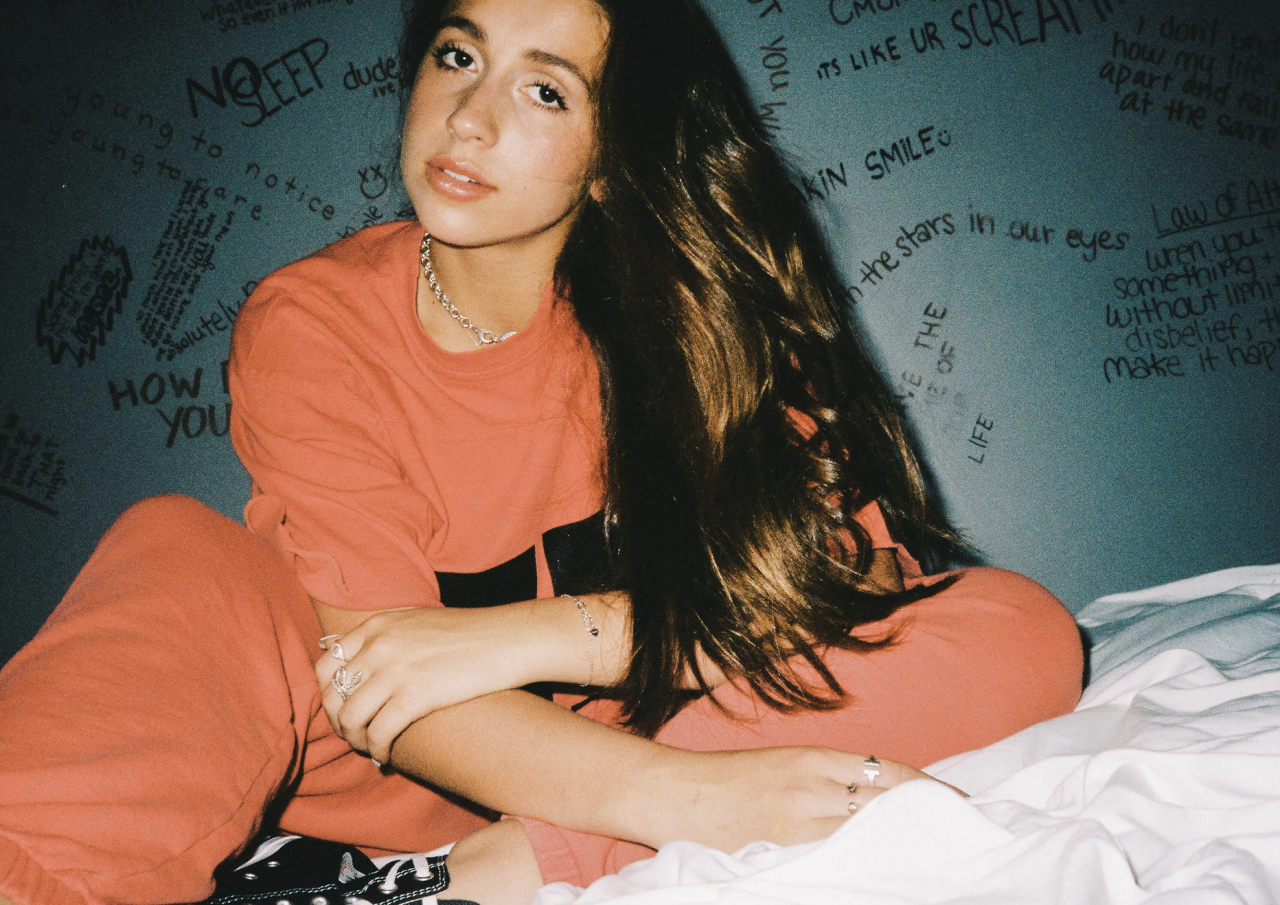 In her bio, Tate McRae describes herself as “a bit of an introvert, also an extrovert. not really understood, but sorta relatable. care too much, but can also not care at all”.

On one hand, this sounds like an unlikely bio for an unlikely pop star; but, at the same time, it feels very likely that McRae is the pop star that we really need… even if the world is still waking up to that fact.

The Canadian singer-songwriter first came to fame as a dancer on “So You Think You Can Dance”, where at the age of 13, she left the competition as a runner up. Becoming famous in the meantime (although this is a title she still disputes today), she started a YouTube channel to show off her dances and then one day she posted a video titled “I wrote a song” – an original, called “One Day” which has gone on to gain 50M streams on Spotify and a major label deal with RCA.

Now Tate McRae is on her way to becoming a fully-fledged pop star. If her latest two singles (“tear myself apart” and “all my friends are fake”) are anything to go by – her brand of angsty pop is about to gain international traction – with a World Tour scheduled next year in support of her debut EP “All The Things I Never Said” (also due to be released in 2020).

And, yes, we haven’t just stumbled over it: She really released a single called “all my friends are fake”. And it’s perfect.

Tate McRae sat down with James Gilmore whilst on a trip in London to talk about their encounters with Dance Mom’s Abby Lee Miller, going from dancer to pop sensation and how your friends react when you call them fake.

Interview with Bea Miller
Unlocking the Rhythms of Rosalía
Interview with Tori Kelly
Just a Tip | Millennials vs. Gen Z (with Daisy Maskell)
Interview with Mary Lambert
Hot in Music
Social Distancing Diaries | Drug Store Romeos
Personal insights and experiences from the world of music and entertainment in the midst of the coronavirus crisis.
Switched On Pop | Disclosure: Where Energy Flows
A podcast breaking down the music of pop hits.
'THEY'RE IN YOUR BAG' (Kanye West Exposes Record Label Misconduct, Gladys Knight VS Patti LaBelle)
Join Nic, Sope and Eden as they examine the trending topics of the week, new releases and mercilessly debate your favourite artists.
Holy Swift | Episode 134 - the 1 (with Archie Lewallen)
Three Taylor Swift superfans dissect the entire Swiftography... but not, like, in a creepy way.