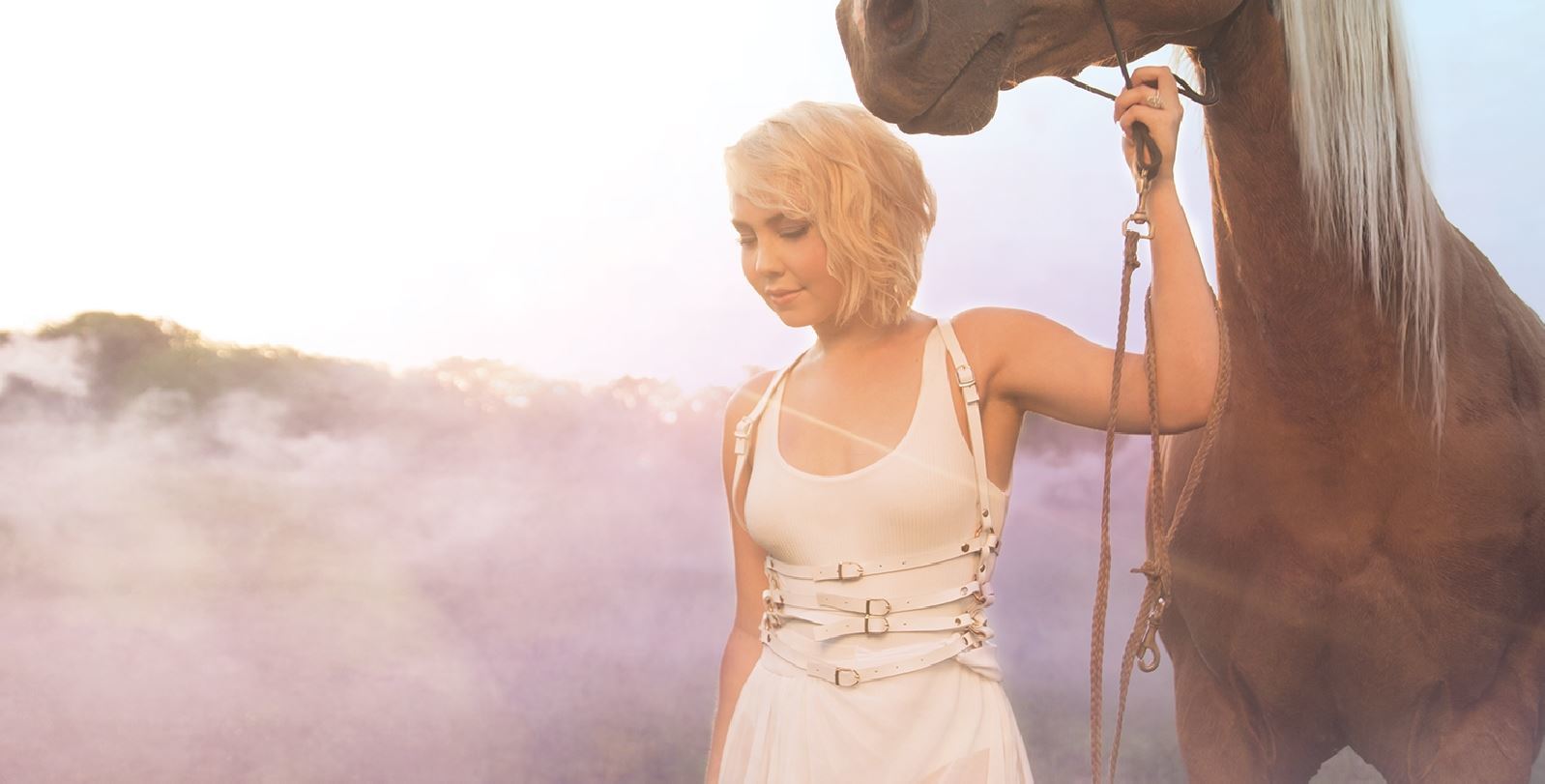 RaeLynn hails from Baytown, Texas, and first started singing at her church when she was 11 years old.

She comes from a musical family, since her brother is a member of the Grammy-nominated band Leeland, and first made a name for herself when she was on The Voice in 2012, finishing in third. For her first audition she sang ‘Hell on Heels’ by The Pistol Annies and both Adam Levine and Blake Shelton turned around, however she chose country legend Shelton to be her mentor (and she told Madeleine that he’s still her best friend in country music!)

Since then, RaeLynn’s career’s gone from strength to strength, with her debut album 'Wild Horse' landing in the Top 10 on the Billboard All-Genre Album Sales Chart and debuted at #1 on the Billboard Country Albums Chart, making her the first female country artist to do so since best friend Maren Morris’ album 'HERO'.

She’s also been outspoken about her journey with Type 1 diabetes, which she was diagnosed with at the age of 12. She created The RaeLynn Diabetes Fund to offer support, empowerment, and a community, for all those facing diabetes.

Madeleine Molly sat down with RaeLynn on her recent trip to the UK for Country 2 Country; they talked about all things from Texas to soon-to-be tour mate Maren Morris to diversity in country music.

Switched On Pop | Comeback Kids: The Jonas Brothers are Back
Why Lennon Stella Is Amazing
Interview with Carly Pearce
Interview with Alice Chater
Hot in Music
Switched On Pop | Summer Hits: City Girls - Twerkulator (with Kyra Gaunt)
A podcast breaking down the music of pop hits.
Holy Swift | Episode 160 - it's time to go
Three Taylor Swift superfans dissect the entire Swiftography... but not, like, in a creepy way.
Interview with Graft
After winning The Rap Game UK, Graft is demonstrating quite how he won with his new single "You Know What".
Interview with Jack Newsome
Jack Newsome wants you to feel through his music. He sits down with James Gilmore to talk about his new EP, having fun with fashion and more.