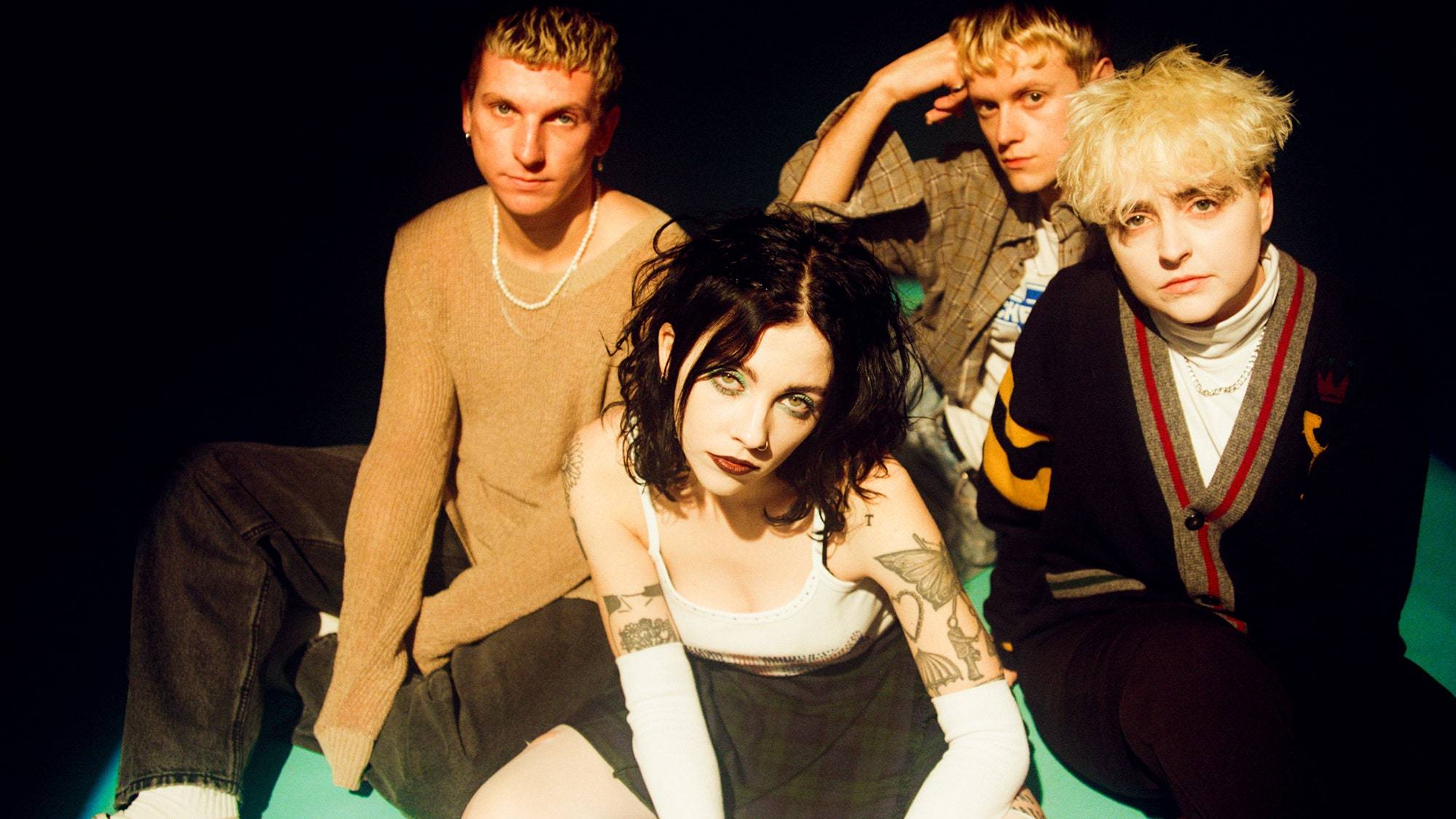 Very few bands in the history of music have released a second album whilst in such a strong position.

Ahead of releasing “WHO AM I?”, Pale Waves have been listed in the prestigious BBC Sound poll – in 2018 – played a string of sold-out tours (including supporting The 1975), and reached #8 on the UK Album Charts with their debut studio album My Mind Makes Noises.

Yet, even in such a strong position, Heather, Ciara, Hugo and Charlie haven’t rested. The new collection is everything fans have been waiting for and more – full of heartbreak, love, feminism and: STANDING FOR SOMETHING. It’s a refreshing take in a musical landscape that, on the whole, isn’t reacting to the world around us.

Pale Waves introduced us to the “WHO AM I?” era with the single “Change”, released in 2020. The love song (a mixture between being so in love you want someone to hurt you again, and frustration of being let down) marked a change in direction for the band whose debut was so much about teenage angst.

In the singles that followed, the band continued to show that the past two years have not been wasted. “She’s My Religion” is a relationship anthem about loving all of somebody, even the dark parts, and was the first-time lead singer Heather wrote pronouns into her music (the song is about her relationship with her girlfriend). “Easy” is a similarly upbeat indie-rock anthem about being in love. And “You Don’t Own Me” is an Avril Lavigne-esque banger that challenges society’s expectations of women.

Just like any great band, the best songs are hidden in the album. “Wish U Were Here” is a noughties throwback and fan favourite “Tomorrow” is about how things do get better, if you just hang in there.

The album is a constant reminder that Pale Waves stand for so much, and they’re not going to sit around making polite indie music about high school crushes. They’ve got an agenda, they want you to listen and, soon enough, you won’t be able to ignore them.

James Gilmore sat down with lead singer Heather Baron Gracie to talk growth, sexuality, how first impressions are usually wrong and all things “WHO AM I?”.