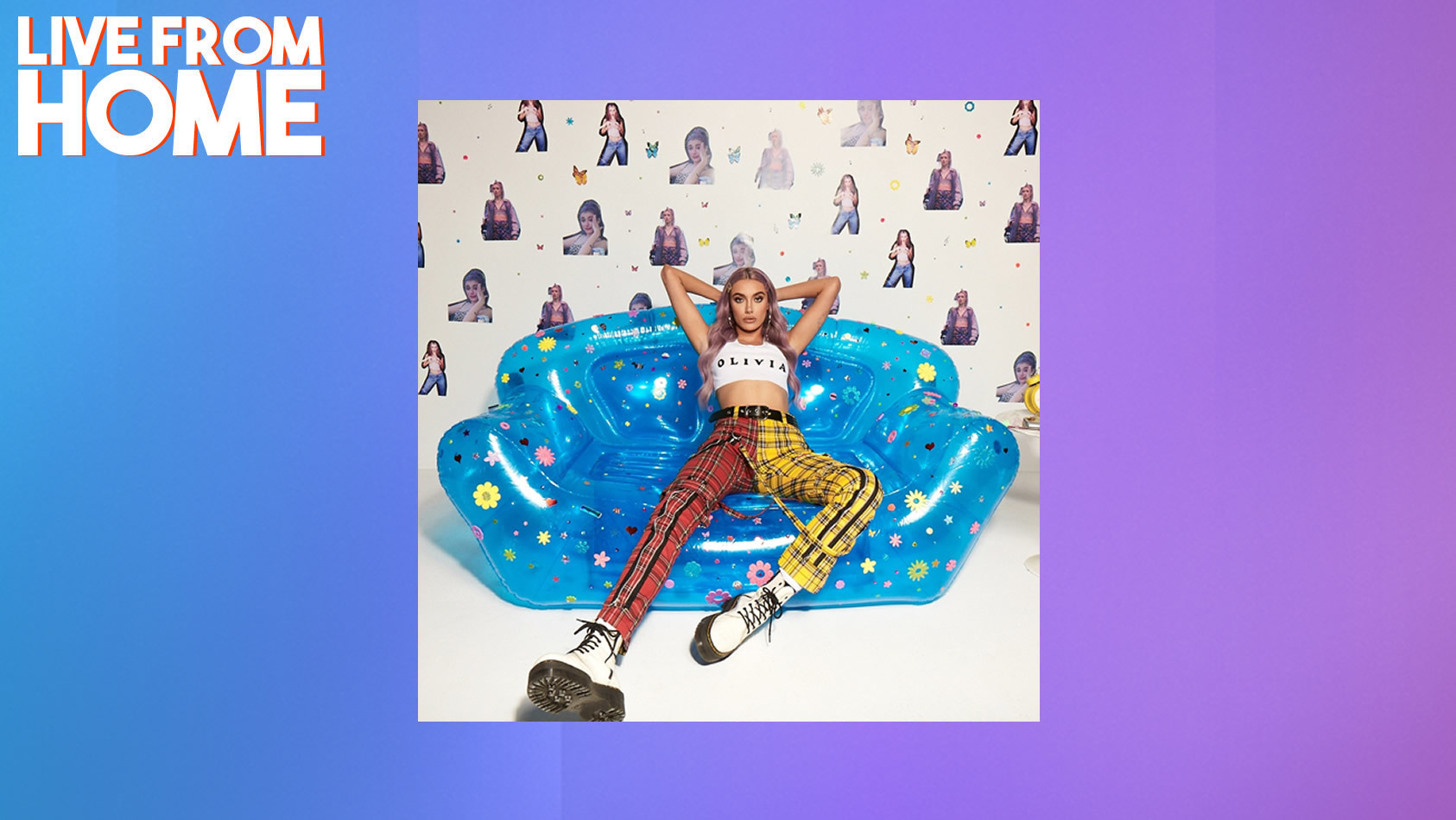 Ever since she featured on gnash’s hit single “i hate u, i love u”, Olivia O’Brien has been an artist on the rise. Now, with a badass ‘screw you’ single taking the world by storm, her shining moment has come.

Following the release of her debut album “Was It Even Real?” in 2019, Olivia has focused on releasing “micro-mixtapes”, sort of like short EPs with two or three songs on them. And that’s where “Josslyn”
came from and started to explode. It was never intended to be the break-out from this year’s micro-mixtape “The Results of My Poor Judgement”, but the fan’s judgements ultimately win.

Now with fans all over the world screaming to “i hope that it was worth it f***ing Josslyn”, Olivia O’Brien is taking 2020 by its balls – even in the middle of a global pandemic, and with huge appearances at the likes of Coachella postponed, she’s not letting that slow her down.

Olivia O’Brien called into LIVE FROM HOME to talk to James Gilmore about gaining confidence in her music, why she sides with Josslyn in her new single and when we can expect new music.

Interview with Evie Irie (LIVE FROM HOME)
Interview with Danielle Bradbery (LIVE FROM HOME)
Interview with Chloe Moriondo (LIVE FROM HOME)
Hot in Music
Punch Up The Jam | i2i from A Goofy Movie (with Chris Fleming)
Every week, comedian/musician Miel Bredouw teams up with a special guest to revisit, review and revise the songs of our yesterdays, yestermonths or even (dare we) yesteryears.
Interview with Gracie Abrams
Gracie Abrams’ music just hits differently. The artist sits down for an in-depth interview covering everything from her music to wanting to be stabbed in the heart.
Interview with Avenue Beat
Meet Avenue Beat: three women from Quincy, Illinois who sing about having anxiety and not liking your boyfriend… and are W!ZARD Radio’s Rising Country artists this May.
Switched On Pop | Carly Rae Jepsen: Meeting The Muse
A podcast breaking down the music of pop hits.