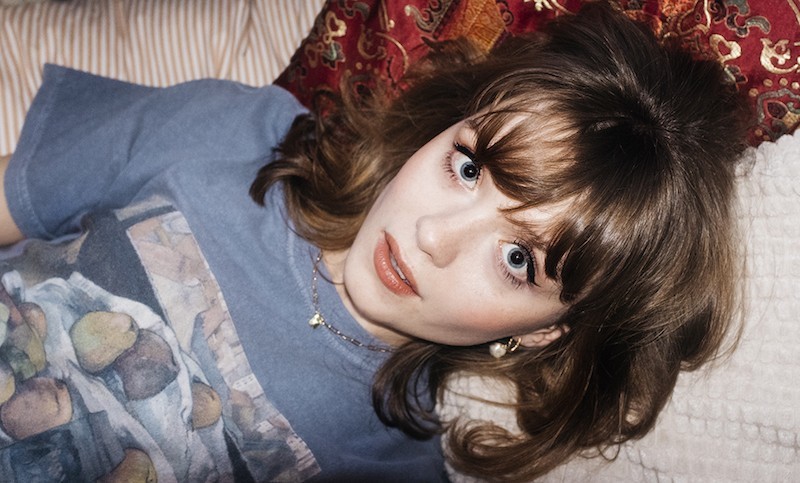 Piercing lyrics, heart breaking melodies and mid-tempo pop bops. If that was the name of a GCSE course, Maisie Peters would get full marks.

The British singer-songwriter has been “on the rise” since 2017, when she released her debut singles “Place We Were Made” and “Birthday”, gaining the attention of avid music fans and music industry execs alike.

Since then, with each single and each EP, Maisie has gotten closer and closer to pop perfection. Whilst her debut EP – 2018’s “Dressed Too Nice For A Jacket” – showed a more intimate side to her art, 2019’s “It’s Your Bed Babe, It’s Your Funeral” saw her embracing the ups and downs of teenage life and the realities that just because everything feels like the end of the world, it doesn’t mean it is.

It’s her most recent two singles though that have turned fans into superfans.

2020’s “Maybe Don’t” – a collaboration with JP Saxe – is as catchy as it is grounding. The two singer-songwriters recall a love that is so close to being a relationship that it’s on the tip of your tongue, but whether it’s out of fear of allowing yourself to be happy, or just plain old anxiety, you find yourself trying to sabotage the situation.

And now with her latest single, “John Hughes Movie”, Maisie Peters has truly entered the room. Maisie’s first charting record (charting at #53 on the UK Top 40), although the single was written three years ago when Maisie was 17, it’s a somewhat mature look at the reality of life: If the person you have a crush on doesn’t like you back, they’re not “the one”.

There is nothing more exciting than seeing an artist come into their own – and in “John Hughes Movie” Maisie Peters not only does that, but she also gives a glimpse at what the future of pop music could look like.

Interview with JP Saxe
Switched On Pop | Kimbra reflects on a song we used to know
Interview with Will Joseph Cook
Interview with WOLF
Hot in Music
How Megan DiVincenzo Left Her Law Practice To Chase Her New Dream
A podcast breaking down the music of pop hits.
New Wave Sounds: Luna Blue, Jhana Boy, Outer Stella Overdrive
W!ZARD Radio Station's resident alt/indie expert Rhiannon Nevada drops three upcoming artists she thinks you should be keeping your eyes on.
Interview with Glass Animals
From performing on Jimmy Kimmel to topping Australia’s Triple J Chart we had a lot to catch-up on with Glass Animals.
Interview with lotusbliss
Rhiannon Nevada sits down with the band of brothers about their upcoming EP and, of course, Lotus biscoff.