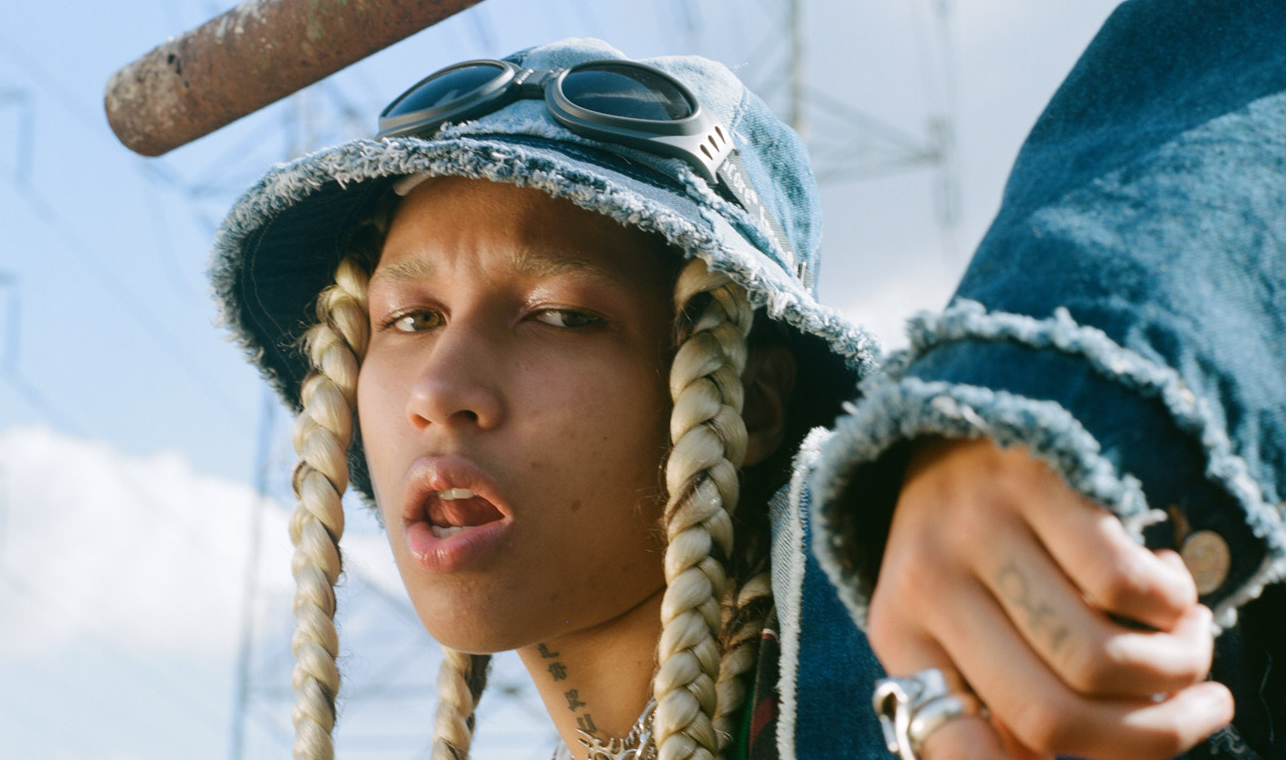 Lava La Rue is the definition of a DIY artist.

The multi-hyphenate creative has worked hard on their craft, making music both as themselves and part of the collective NiN8 (a collective of nine creatives who help each other on their projects and have each other’s backs). The past two years in particular though have seen Lava La Rue go from a bedroom artist to millions of streams.

Born, raised and still based in Ladbroke Grove, London, Lava lives and breathes the community spirit of West London. The blend of ska, reggae and punk music from that area has influenced the music that they make today – and it’s just one of the things that makes them stand out as an exciting rising artist.

Lava La Rue’s EP “Butter-Fly” captures a unique vulnerability from their life; discussing love and growing up, getting rid of insecurities from teenage-hood whilst recognising the person that they want to be. If it’s a statement of intent from the artist, then it gives plenty of reason for why we should keep our eyes on them.

Rojan Said sat with Lava La Rue to talk about mastering a vegan roast in lockdown, making music and much more.

Interview with GIRLI
New Wave Sounds: Aziya, Quarters of Change, Warahenege
Interview with Alfie Templeman
'PUT MONEY WHERE YOUR MOUTH IS' feat. Yaw Owusu (Power Up Movement, The 2021 GRAMMYs)
Interview with Still Woozy
Hot in Music
Switched On Pop | Summer Hits: City Girls - Twerkulator (with Kyra Gaunt)
A podcast breaking down the music of pop hits.
Holy Swift | Episode 160 - it's time to go
Three Taylor Swift superfans dissect the entire Swiftography... but not, like, in a creepy way.
Interview with Graft
After winning The Rap Game UK, Graft is demonstrating quite how he won with his new single "You Know What".
Interview with Jack Newsome
Jack Newsome wants you to feel through his music. He sits down with James Gilmore to talk about his new EP, having fun with fashion and more.