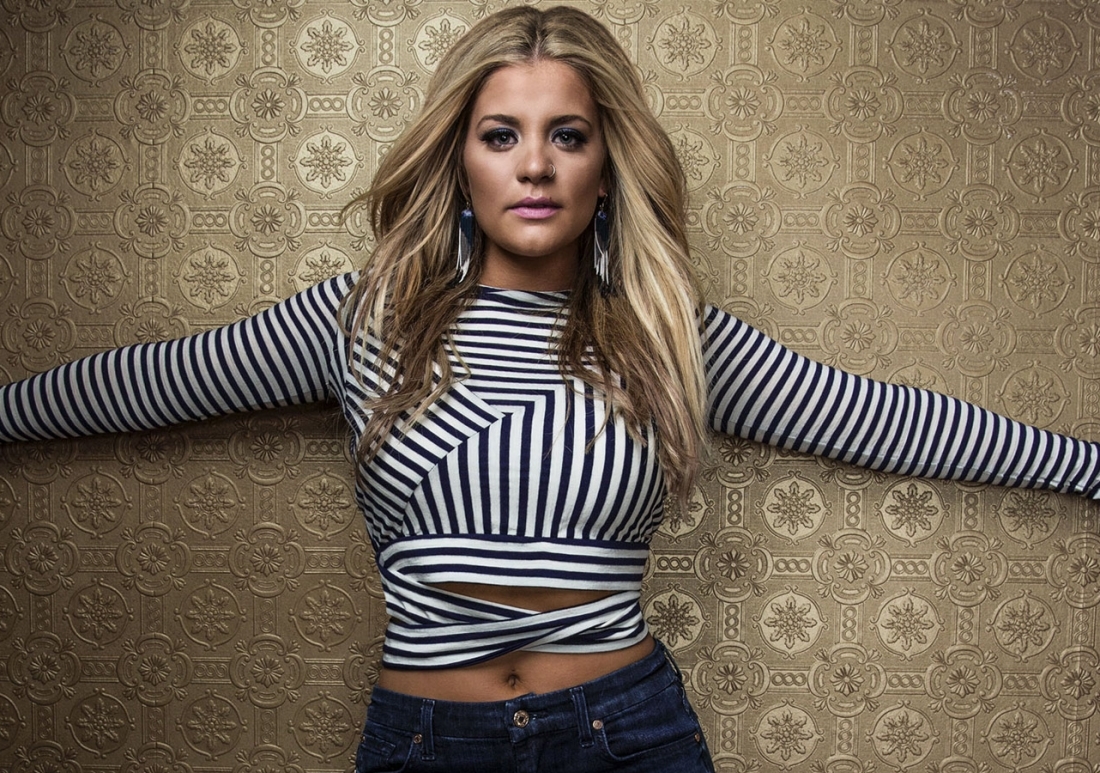 Lauren Alaina has come a long way from the 3-year-old little girl dancing in her mirror with a hairbrush she sings about in “Three”. She’s still the same girl with big dreams and a big heart, but now she sings for the whole world.

Having recently finished up her tour in the UK, she sat down with James Gilmore for what was essentially a DMC (deep meaningful conversation) where they talked about everything from the importance of inclusivity to mental health, her recent breakup and the song she wrote in honour of her late step-father. Oh, and she taught us how to cheerlead. Grab the tissues, folks!

Listen to the full interview at the bottom of this page.

“”Three” tells the story of how her dreams came true thanks to the sacrifices she’s had to make.”

Hailing from Georgia, USA, Lauren rose to stardom at the young age of 15 when she was declared the runner-up for American Idol’s 11th season, and whilst this experience changed her life and made so many of her dreams come true, it also introduced her to a life of social media criticism, something that deeply impacted her idea of “self-love”. In the interview, Lauren is incredibly candid and honest about her experiences with an eating disorder and the meaning of her song “Pretty”.

“Pretty” isn’t Lauren’s only personal song. Her song “Three” from her sophomore album “Road Less Traveled” tells the story of how her dreams came true thanks to the sacrifices she’s had to make. She says that the song makes her dad cry every time he hears it and the first time she played it for her mum “she just sobbed and she said, ‘That’s the best song you’ve ever written.’”

And her new album is looking to bring some tearjerkers too. Lauren revealed that she’s written a song called “The Other Side” in honour of her late stepfather who passed away in October. It’s a song she says she’s “emotionally connected to” in the way she is with “Three”.

“She feels that sometimes you find a song which you didn’t write that you just instantly connect with and relate to.”

Whilst Lauren’s a great songwriter and has a co-writing credit on every song on her last album since she “had so much to say”, she feels that sometimes you find a song which you didn’t write that you just instantly connect with and relate to. Such is the case for her recent collaboration with Chris Young in “Town Ain’t Big Enough”, and, although she was not involved in the writing process, the story of a painful breakup resonated deeply with her.

Despite a very tough year, Lauren still remains a positive and upbeat person and continues to be a role model for so many women and girls who look up to her.

One way she does this is by singing about the women she looks up to, women like Shania Twain, the Dixie Chicks, Tricia Yearwood and Martina McBride, or should we say, Ladies in the ‘90s. Her most recent single, “Ladies in the ‘90s”, is a female empowerment song aimed to highlight the women who inspired her to follow in their footsteps.

Listen below to the full interview to hear more of Lauren Alaina and James Gilmore’s discussion about how Chris Young asked her to feature on his song, the importance of inclusivity, which part of “Three” makes her dad cry every time, and how to cheerlead.