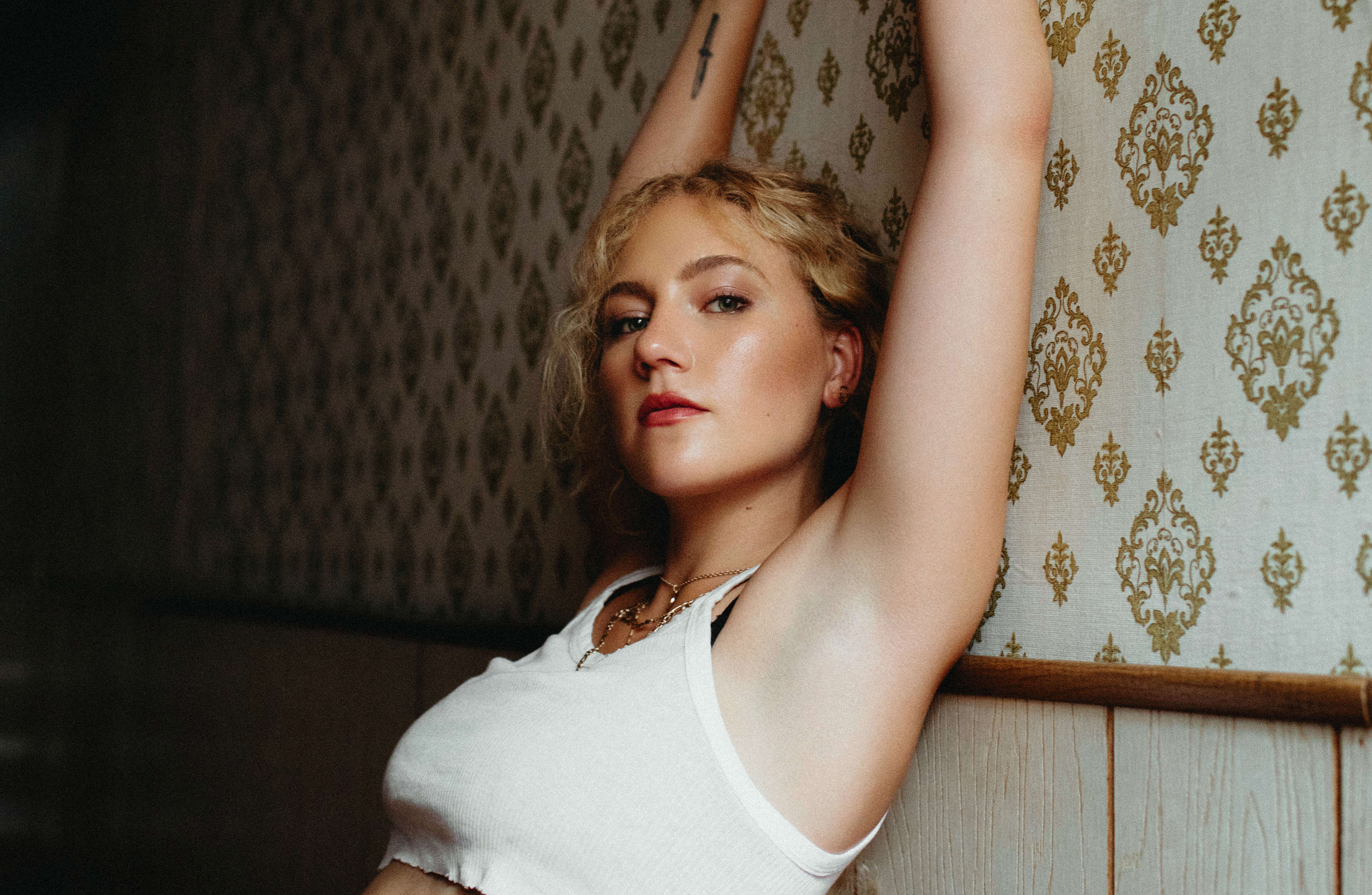 In his interview with Kat Cunning, James makes one critical mistake.

You see, Cunning – who first gained popularity by starring on the Netflix show, “Trinkets” – is many things, but what they are not is a triple threat (which would typically be someone who can sing, dance and act). No, Cunning is in fact a quadruple threat: they sing, dance, act and write (both poetry and music). And they do it very well!

What may be surprising to most is that Kat Cunning (who uses the pronouns they/their) didn’t actually come into this world as a fully-fledged, ready-to-go pop star. They started out performing on and off Broadway – it was a performance at the renowned Broadway immersive production “Sleep No More” that actually encouraged them to pursue a music career.

First came dancing (which, long story short, Kat is very good at), then came acting (in HBO’s “The Deuce” before Netflix’s “Trinkets”) and then came singing. Some of Kat’s music, including “King of Shadows” were heavily featured in “Trinkets”, helping to propel the singer-songwriter’s music to a huge audience.

Aside from making great, relatable, upbeat-but-ultimately-lyrically-depressing pop music, Kat also uses their platform to help other young people coming to terms with their identity.

As well as an Instagram Inbox full of DMs from fans asking for advice, or telling their stories of how Kat helped them, it only takes a brief visit to their Instagram to see just how much Kat’s embracing of their identity, being out and proud and living their life, is helping a legion of fans get through whatever their challenges are.

Kat says that they look for “relatability in the details” in their music – and if their major label debut single “Supernova (tiger’s blud)” is anything to go by, our whole worlds are about to be turned upside down by this strong force.

James Gilmore sat down with Kat Cunning to talk Trinkets, new music… and he reveals some insider information he knows about them.

Interview with Gracie Abrams
Alec Feldman: WAP
Interview with Avenue Beat
Social Distancing Diaries | Ronnie Watts
Interview with Olivia Rodrigo
Hot in Music
Holy Swift | Episode 142 - exile
Three Taylor Swift superfans dissect the entire Swiftography... but not, like, in a creepy way.
Interview with Tiana Major9
The British R&B star sits down with Myles McCaulskey talks about working with Stormzy and EarthGang.
Punch Up The Jam | Beverly Hills (with Demi Adejuyigbe)
Every week, comedian/musician Miel Bredouw teams up with a special guest to revisit, review and revise the songs of our yesterdays, yestermonths or even (dare we) yesteryears.
Switched On Pop | ANTHEMS: The Cyndi Lauper Conspiracy (with Sam Sanders)
A podcast breaking down the music of pop hits.