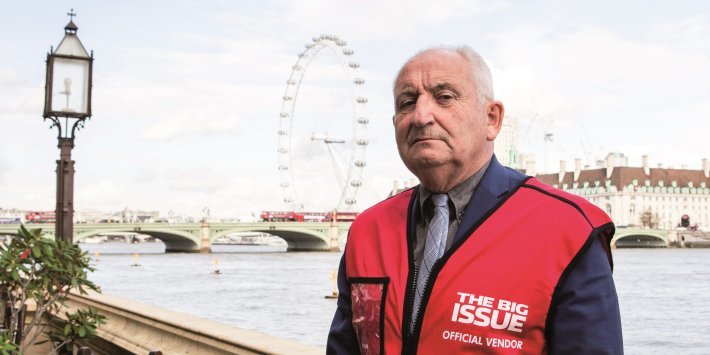 The Coronavirus is an unprecedented threat to public health. But undoubtedly, it effects some groups more than others.

Homeless individuals, for example, are among one of the categories for being most vulnerable to COVID-19 and since the outbreak, it has been critical for charities and government organisations to gather an emergency fund to help those at risk.

Due to the Coronavirus, many homeless individuals have not been able earn any form of income. For example, at The Big Issue, a leading social business which exists to offer homeless people, or individuals at risk of homelessness, the opportunity to earn a legitimate income, took the decision to safeguard their network of vendors by asking that they stop selling on streets across the whole of the UK due to COVID-19.

The Big Issue has provided a source of income for hundreds of thousands of vulnerable people for almost 30 years. They have helped over 100,000 people, and on average putt a total of £5m into the pockets of their vendors every single year. However, now, it sees a critical situation where other means of support need to come into action to help those in need in a time of uncertainty.

John Bird MBE, the co-found of The Big Issue joined Nina Porter on W!ZARD Radio Station to discuss the issue and discussed the various new initiatives to help tackle the crisis.

The Big Issue continues to release a digital form of the magazine and offering subscriptions of the printed edition. On any magazines and subscription purchases, 50% of net proceeds go to supporting vendors and 50% go to The Big Issue. Further, Big Issue vendors will also continue to be able to apply to the Vendor Support Fund.

Another inventive in response to the crisis is The Big Raffle; it will be raising funds towards an urgent appeal. Those who donate to the raffle which have a chance to win huge prizes donated by celebrities. For example, Hugh Jackman, Hollywood star of Wolverine and The Greatest Showman is offering a lucky winner a personal message to treasure and keep.

Listen to what John Bird MBE had to say on how the government is protecting the homeless during COVID-19, and what the future of The Big Issue looks like.