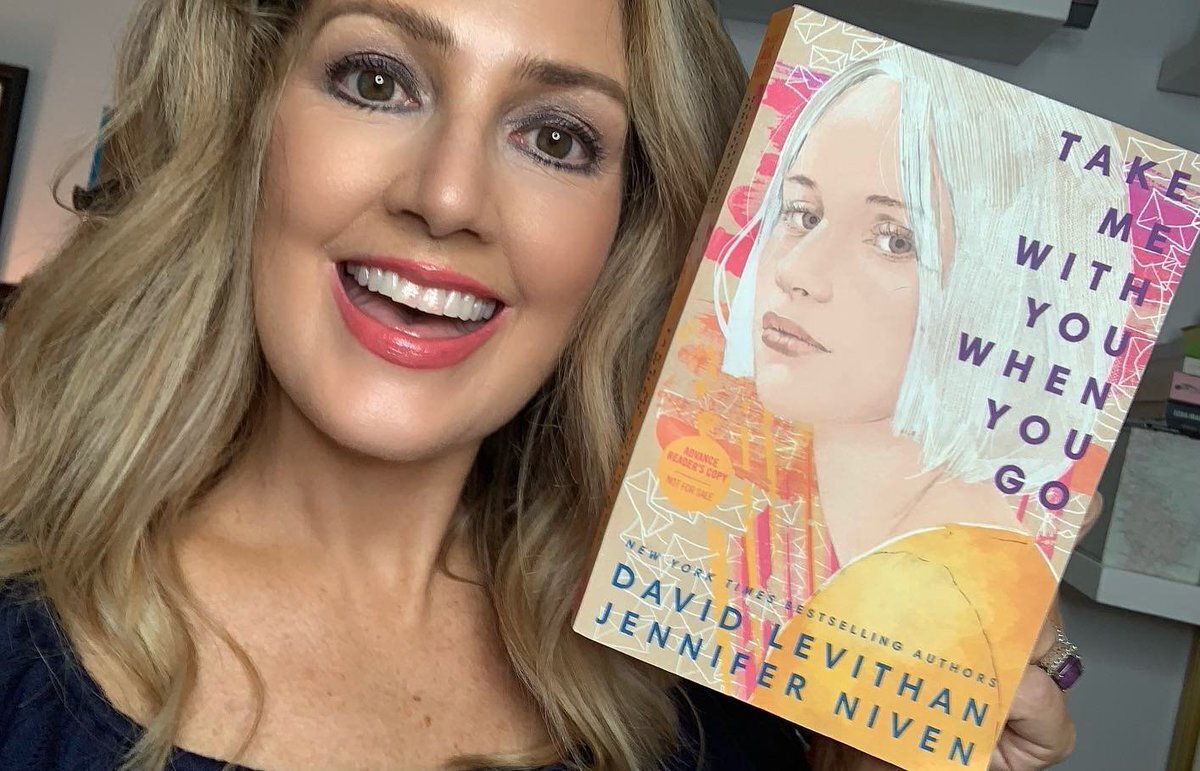 It’s no secret that Jennifer Niven sits at the top of our list of favourite YA authors.

So when, just one year after the release of “Breathless”, we heard that she was planning on releasing another YA novel – our ears pricked up.

“Take Me With You When You Go” is not just Jennifer Niven’s fourth YA novel – it’s also acclaimed YA author David Levithan’s thirty-fifth YA novel.

The author behind “Nick and Norah’s Infinite Playlist” (written with Rachel Cohn), “Boy Meets Boy”, “Every Day” and “Will Grayson, Will Grayson” (written with John Green) is no secret to YA collaborations – and this time it was Niven who he emailed to co-write with.

And the result is just… spectacular.

“Take Me With You When You Go” is a hopeful, but deeply emotional, book written in letter-form. The book follows Ezra and Bea – brother and sister – who, in hopes of leaving their current, harmful life, get separated and find that they need to confront secrets about their past (that will forever change the way they think about their family) in order to find their way back to each other.

James Gilmore sat down with Jennifer Niven to talk about collaborating, dealing with difficult topics in YA, her new book and how her universes connect.