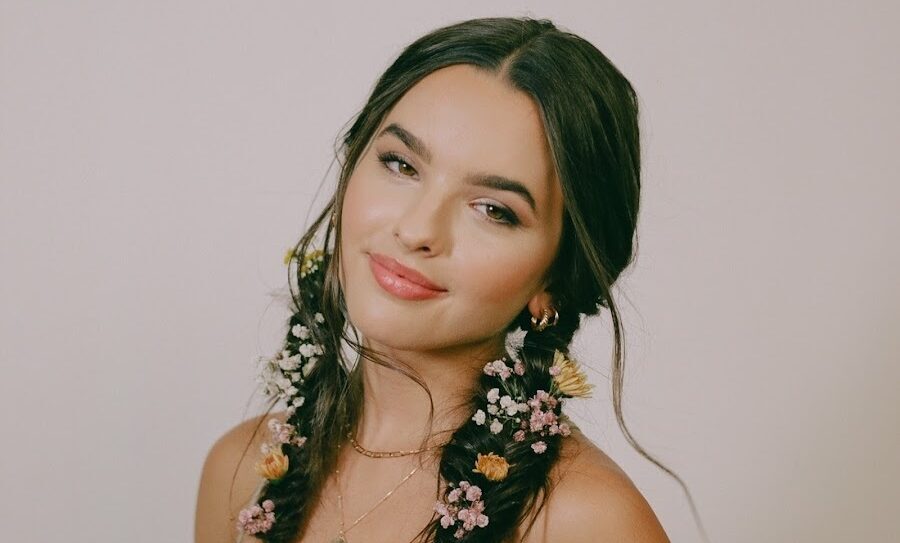 There’s no such thing as an overnight success.

Even for Jenna Raine, who has seemingly ‘came out of nowhere’ with her single, “see you later (ten years)” the journey to viral pop stardom has been filled with lonely nights perfecting her craft and touring foreign countries to find her tribe.

But now that the world’s attention is on her – she’s prepared for what’s about to happen.

The story goes: Jenna set a challenge where she was going to post 100 songs on TikTok to flex her song-writing ability. Nothing too fancy, just demos or acoustic performances of new ideas, but she was going to need her followers help to give her ideas of what to write.

Somewhere between song 40 and song 50, a follower commented, ‘write a song about the right person, wrong time’ and then came “see you later (ten years)”. Within a few days, the video had received millions of views… and then came a fateful connection.

When trying to figure out which producer could help record the “official” version of the song, Nathan Chapman came forwards. For the Swiftie, the producer behind Taylor’s debut album, “Fearless”, “Speak Now”, “Red” and “1989”, working on her single? Dream come true.

Cue millions of streams later, Jenna Raine is on her way to being one of the most exciting artists in the world – with pop music dominance at her feet come 2022.

What “see you later (ten years)” demonstrates, alongside her catalogue of songs including the “nen” EP (named after her nickname), is an ability to make you really feel through her music. The heartbreak feels painful, the anger is palpable. She channels a level of emotion that all songwriters strive for…

Jenna Raine sat down with James Gilmore to talk about young love, going viral and the advice she’s received from music legends.

Interview with Tai Verdes
Interview with CKay
Interview with Julia Wolf
Interview with LILHUDDY
Interview with Dylan
Hot in Music
Interview with iann dior
He's climbed the ladder to become one of the biggest artists on the planet - for iann dior, 2022 is the year he takes the crown.
Punch Up The Jam | Gasolina (with Joanna Hausmann)
Andrew and Evan are joined by a special guest every week to revisit, review, and revise a song of their choice, and then offer an improved "punched-up" version.
Switched On Pop | The Weeknd drives through purgatory (with a little help from Jim Carrey)
A podcast breaking down the music of pop hits.
Holy Swift | Episode 168 - Forever Winter (Taylor's Version) (From the Vault)
Three Taylor Swift superfans dissect the entire Swiftography... but not, like, in a creepy way.