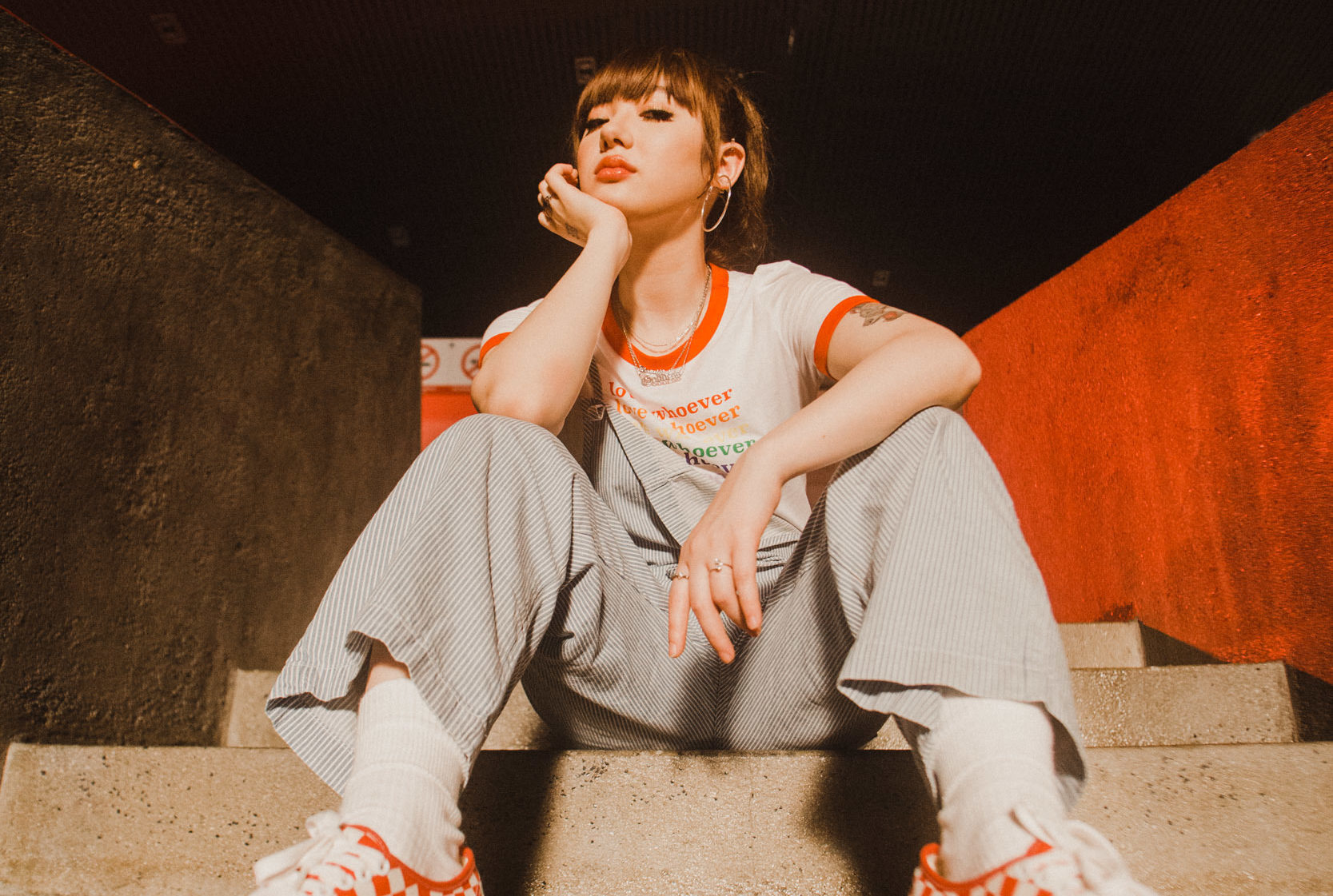 Jannine Weigel’s rise to Asian Pop stardom is quite extraordinary.

The singer-songwriter first came to public attention in 2013 when her YouTube covers, recorded from her home in Thailand, went viral – amidst a global trend favouring cover music on the platform, hers cut through, with her covers of Adele, Maroon 5 and OneRepublic reaching millions of views to-date.

Then, the next step came – original music. She became a trainee at GMM Grammy after becoming third place in a singing competition; where she released a string of original songs, sung in Thai. But, when it came to English language music (a part of the industry that Weigel admits she has always wanted to break into) she was alone.

Days after she decided she was going to go to University, a new label based in Kuala Lumpur, Red Records (a partnership between AirAsia and Universal Music Group) reached out to her and, after a few meetings, she signed on and moved to Malaysia!

And that’s where “Passcode” came from. The upbeat pop bop, which mixes tones of Asian pop, American pop and Scandi pop, was co-produced by Tommy Brown (known for producing much of Ariana Grande’s catalogue) and co-written by Jessie Reyez.

Although the song is a new turn for the artist whose fan base in used to instrumental Thai songs, the reaction has been huge. With over 1M views on the Music Video to-date and a similar reaction on streaming platforms, it’s clear that “Passcode” has unlocked a new, even more exciting era for Jannine Weigel.

Jannine Weigel sat down with James Gilmore on Zoom to talk about her rise in A Pop, being a label trainee and her new single “Passcode”.

Interview with Claire Rosinkranz
Switched On Pop | The Pop Music Forecast (with Lauren Michele Jackson)
Interview with Kat Cunning
Switched On Pop | Disclosure: Where Energy Flows
Interview with Loren Gray
Hot in Music
Switched On Pop | Cory Henry Has Something To Say
A podcast breaking down the music of pop hits.
'I REMEMBER YOU WAS CONFLICTED' FEAT MARCUS J. MOORE (Ivorian Doll's Daily Duppy, Headie One Is No.1, Kendrick Lamar's Musical Evolution)
Join Nic, Sope and Eden as they examine the trending topics of the week, new releases and mercilessly debate your favourite artists.
Interview with Jannine Weigel
The A Pop star takes on the international pop scene with Passcode; she sits down with James Gilmore to talk about her rise and more.
Punch Up The Jam | Like A Prayer (with Brian David Gilbert)
Every week, comedian/musician Miel Bredouw teams up with a special guest to revisit, review and revise the songs of our yesterdays, yestermonths or even (dare we) yesteryears.