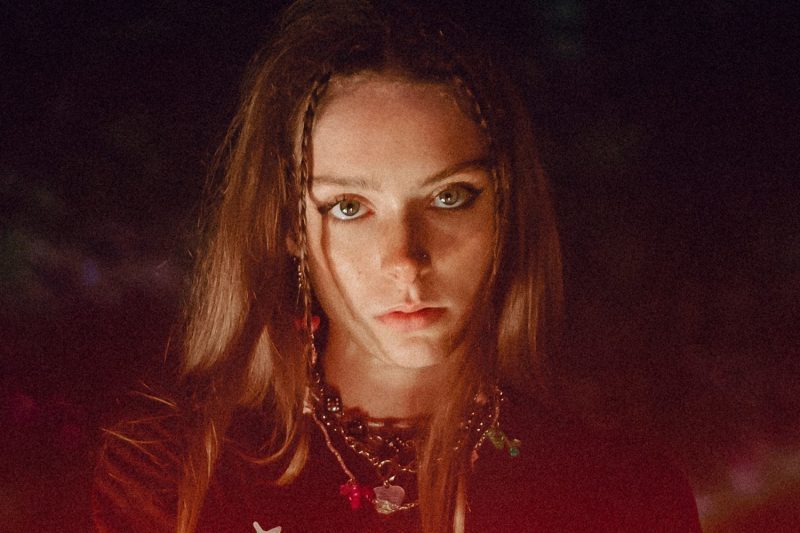 Holly Humberstone is one of the fastest growing new artists at the moment.

The “wonky pop” (her words, not ours!) artist grew up listening to the likes of Led Zeppelin, Pink Floyd and Radiohead, growing into song-writing after being inspired by poetry books by the likes of T.S. Elliot. But, her journey into one of the most exciting artists at the moment, really kicked off in 2019, where she was selected to perform at Glastonbury… which led to her being spotted by Lewis Capaldi… who invited her on tour with him.

Things move quickly, especially for an artist who never expected to be doing music as a full-time career.

With a sold out UK tour set for May 2021, the future for Holly Humberstone looks very bright, and we have a feeling that those comparisons to the likes of Lorde and Phoebe Bridgers may soon no longer be aspirations for Holly, but fully-fledged realities.

Rhiannon Nevada sat down with Holly Humberstone to talk about everything from her favourite lockdown snack to Bruce Willis, her EP “Falling Asleep At The Wheel" and even some Phoebe Bridgers.

Interview with Pale Waves
Interview with Ronnie Watts (LIVE FROM HOME)
Interview with Zachary Knowles
Interview with Baby Queen (LIVE FROM HOME)
Hot in Music
Interview with Sigrid
The Norwegian singer-songwriter is back - and she promises her fans that she’ll never disappear again.
Switched On Pop | 40 Years Later, Japanese City Pop is Still Crashing the Charts (with Cat Zhang)
A podcast breaking down the music of pop hits.
'KANGAROO FABRIC' (GoldLink Disses Sheck Wes, Snoop Dogg Appointed as Def Jam Consultant)
Join Nic, Sope and Eden as they examine the trending topics of the week, new releases and mercilessly debate your favourite artists.
Switched On Pop | J Cole’s The Off Season and the Power of the 12/8 Shuffle
A podcast breaking down the music of pop hits.