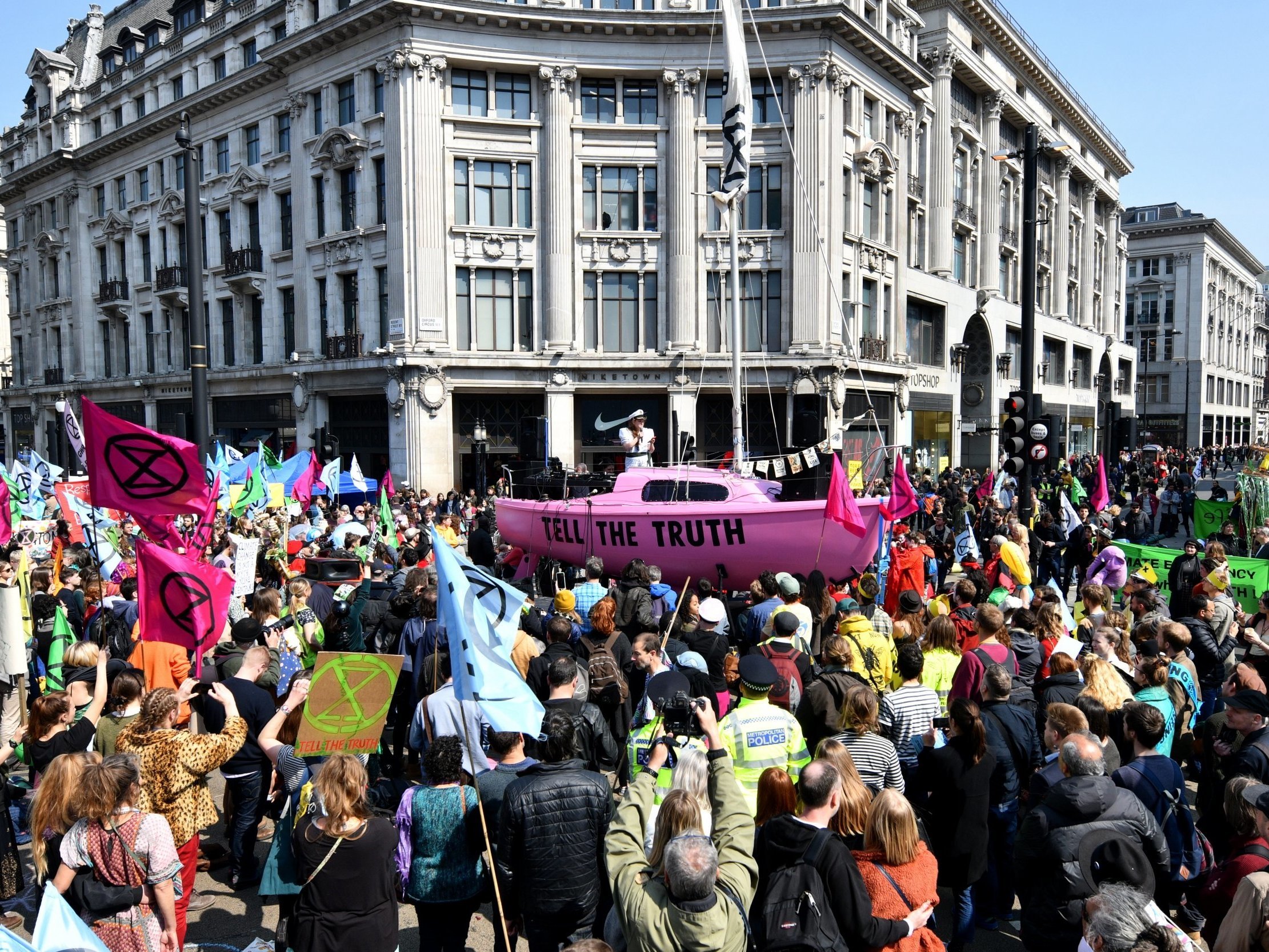 The UK has seen remarkably beautiful weather recently, and many British people have been enjoying the outdoors.

But one group of activists have taken matters a step further by literally camping out, blocking traffic and super-gluing themselves to vehicles or fences at several landmarks across London, including Oxford Circus, Waterloo Bridge and Parliament Square.

They have been conducting “civil disobedience” as part of an exercise by Extinction Rebellion, a socio-political movement which intends to “utilise nonviolent resistance to avert climate breakdown, halt biodiversity loss, and minimise the risk of human extinction and ecological collapse”.

1. The government must “tell the truth” by declaring a “climate and ecological emergency” and work together with other institutions to help spread the message for the need for change.

2. Secondly, the UK must “act now” to stop loss of habitat and reduce carbon emissions to net zero by 2025.

3. And the third demand is to see the formation of a Citizens’ Assembly to “oversee the changes” that will be needed to achieve this goal.

The group announced hat they would “pause” the disruption to mark a “new phase of rebellion” to achieve its political aims.

The week-long demonstrations have led to over 800 arrests. However, the group did announce that they would “pause” the disruption to mark a “new phase of rebellion” to achieve its political aims.

On Day 3 of the protests (17th April), Benji Hyer headed down to Oxford Circus to speak to some of the organisers and participants to ask them why they were there and whether this controversial strategy is really that effective at forcing change.