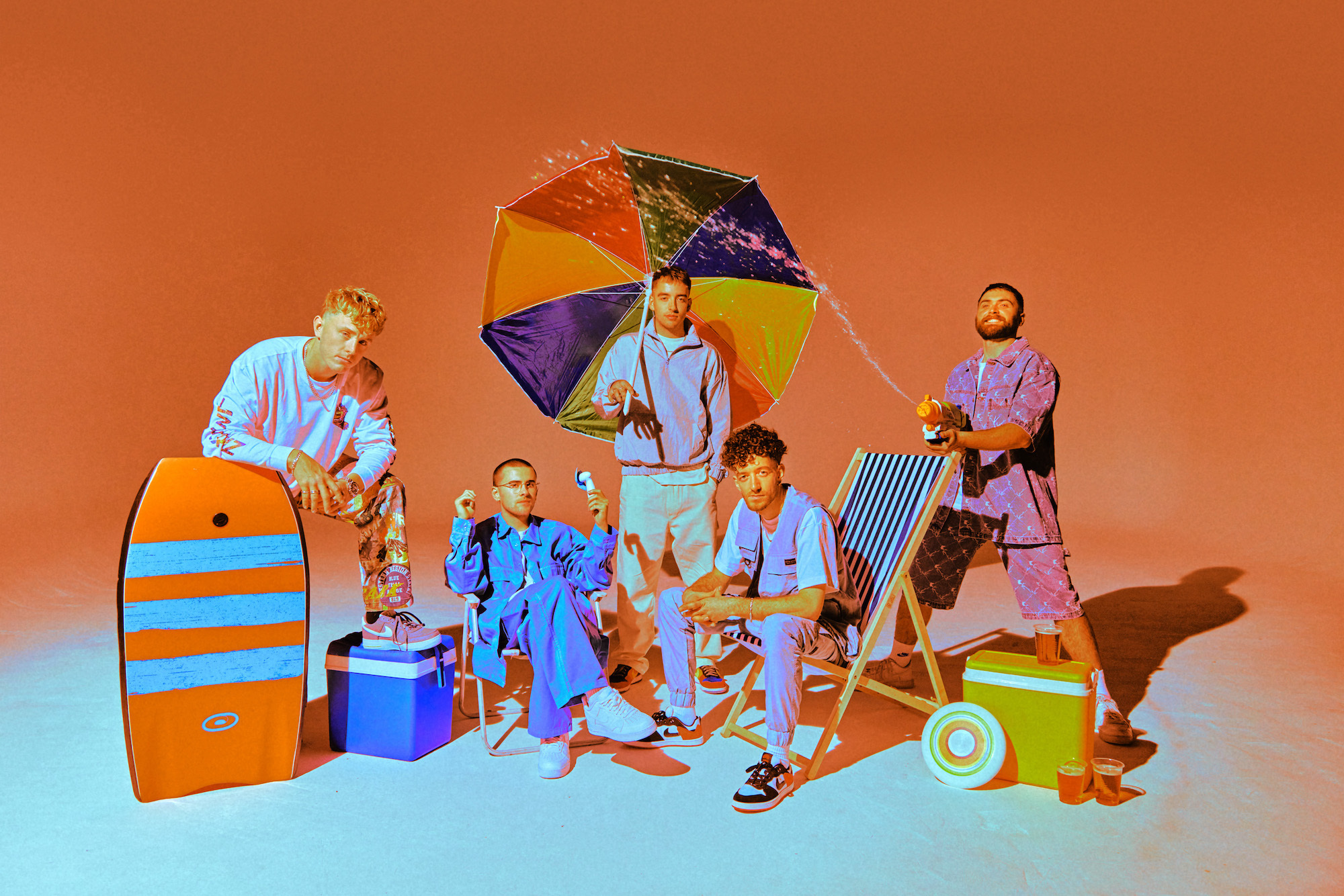 In an era where boy bands (or… man bands?) are few and far between, Easy Life are standing out as the best of them.

The Leicester, England based band formed in 2017 and have been slowly rising up the charts ever since – having placed second on BBC Music’s Sound of 2020 poll and reaching #7 on the UK Albums Chart with their mixtape “Junk Food”. But, as the band themselves will let you know, that was just the beginning – and they’re about to go into turbo-mode.

With the release of their singles such as “nightmares”, “daydreams” and “sunday”, the band have gained millions of streams around the world, with their brand of social conscious indie pop-turned-rap which has won them a legion of fans.

And those fans have come in perfect time – as Easy Life have announced their debut album, “Life’s A Beach”, featuring the single “skeletons”. The project, which was originally set for release on June 4th, has been brought forward to May 28th due to fan demand.

Talking of fans – when it came to deciding who would interview lead singer Murray Matravers on W!ZARD Radio Station, our very own James Gilmore thought he’d up the stakes: By inviting one of the biggest easy life fans he knows, to interview them.

Panic attacks and dream making aside – Tati Baker sat down with Murray from Easy Life to talk about beaches, visual art, new music and more.