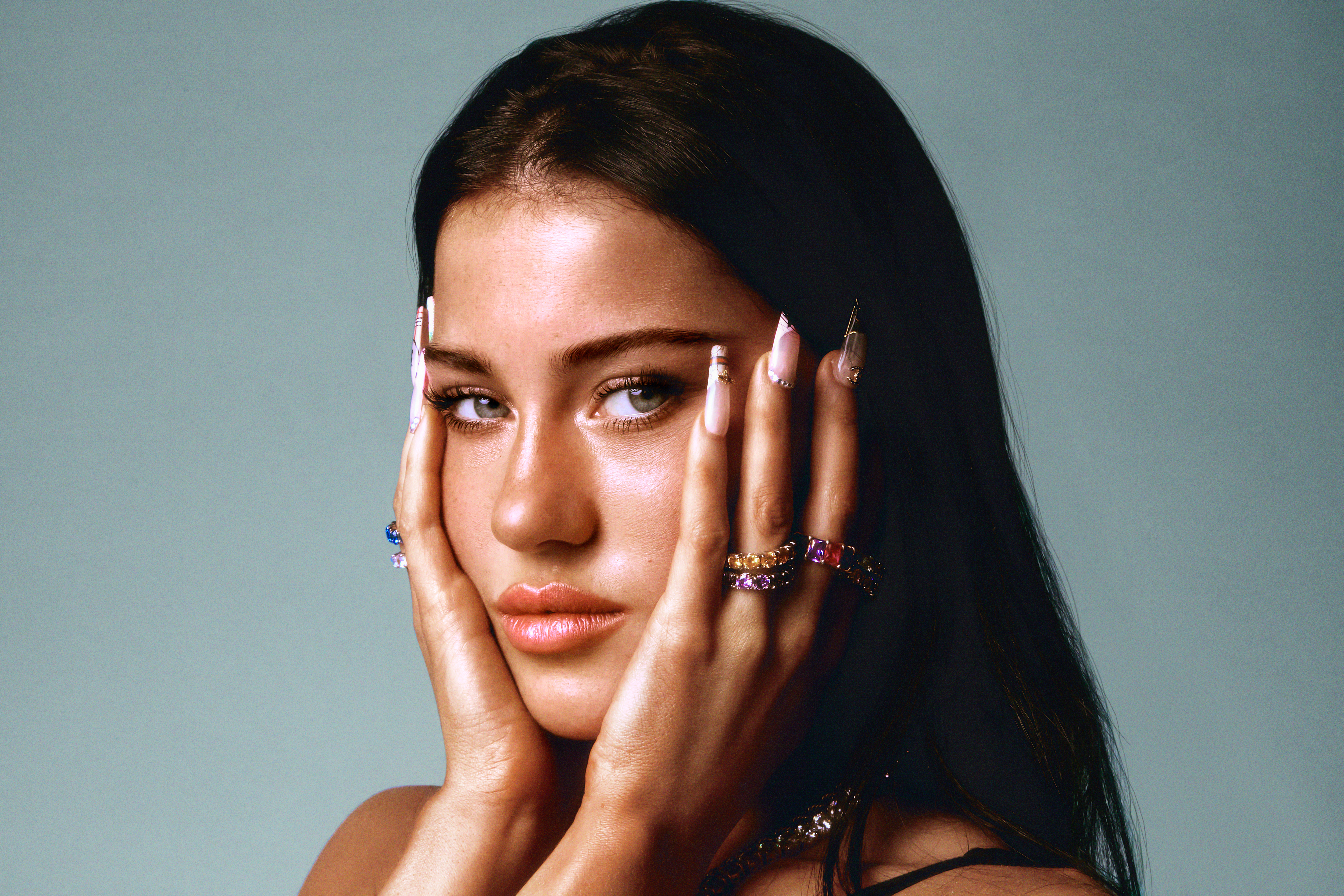 All it takes is a quick listen to Claudia Valentina’s debut single, “Seven” to immediately recognise that she is a special artist.

The singer-songwriter debuted earlier in 2020, with a single which quickly caught people’s attention (to-date it has over 3M streams on Spotify), and has been flying ever since. But, whilst she might be a “popstar in waiting” now, it wasn’t always that way.

Growing up with the ambition of breaking into the music industry, when she was 13 years old Claudia travelled to L.A. to meet the songwriters, producers and artists she dreamt of working with. She quickly realised that it would be more complicated than that… with hurdles in every direction, and those were just hurdles to get into the room to meet the writer to see if they would ever work with her, no less hurdles of actually becoming a break-out star.

But patience was her virtue. For the past 6 years, she has been honing her craft, writing music with songwriters who are now some of the most in-demand in the industry (she often writes with David Stewart and Jessica Agombar, who both co-wrote BTS’ hit “Dynamite”) and working out exactly what sort of artist she wants to be.

And that sort of artist is a fiercely honest one. If you look on her Instagram, Claudia Valentina exudes bad gal energy… you don’t want to get on the wrong side of her. In her music, she varies between full-frontal ball-bashing fierceness (on songs such as “4:15”)… through to heart-breaking honesty (“If I’m Being Honest”).

After releasing fan favourites “Seven” and “Obsessed”, at the end of October 2020, Claudia released her self-titled debut EP. Telling just some of the stories from her life-to-date, the EP gives you just some of the flavours of pop that the artist manages to weave effortlessly; from acoustic vibes on her debut single and “If I’m Being Honest”, to the arena-worthy blowout “4:15”.

It might only be 4 songs, but it’s an 100% success rate in the challenge of introducing a pop artist who will shortly become a household name.

James Gilmore sat down with Claudia Valentina to break down her self-titled debut EP and talk about everything from growing up on social media to the competitive advantage of starting young.