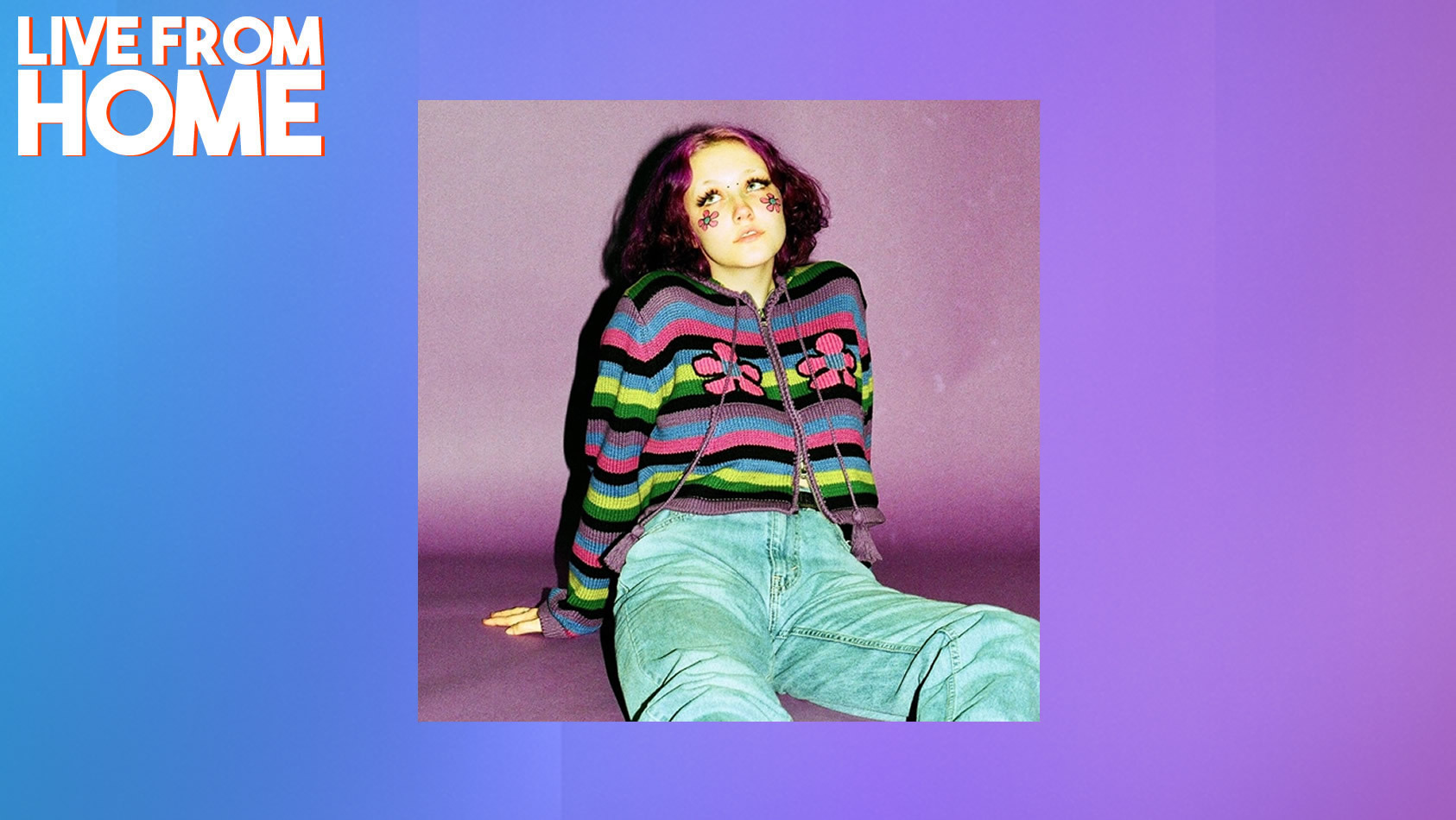 If you want an artist whose music captures all the messed-up feelings of being young and screwed up: Chloe Moriondo is your girl.

The Michigan native with millions of streams to her name released her latest EP “Spirit Orb” earlier this year, featuring the acclaimed single “Kindergarten” and immediately appeared on lots of people’s radars (including ours). The EP follows Chloe’s self-produced and self-released debut album “Rabbit Hearted” which came out in 2018.

Anyway, we’re very excited about her which is why we invited her to call into LIVE FROM HOME. On the show, she spoke to James Gilmore about being trapped in her bedroom, graduating high school and, of course, her music.