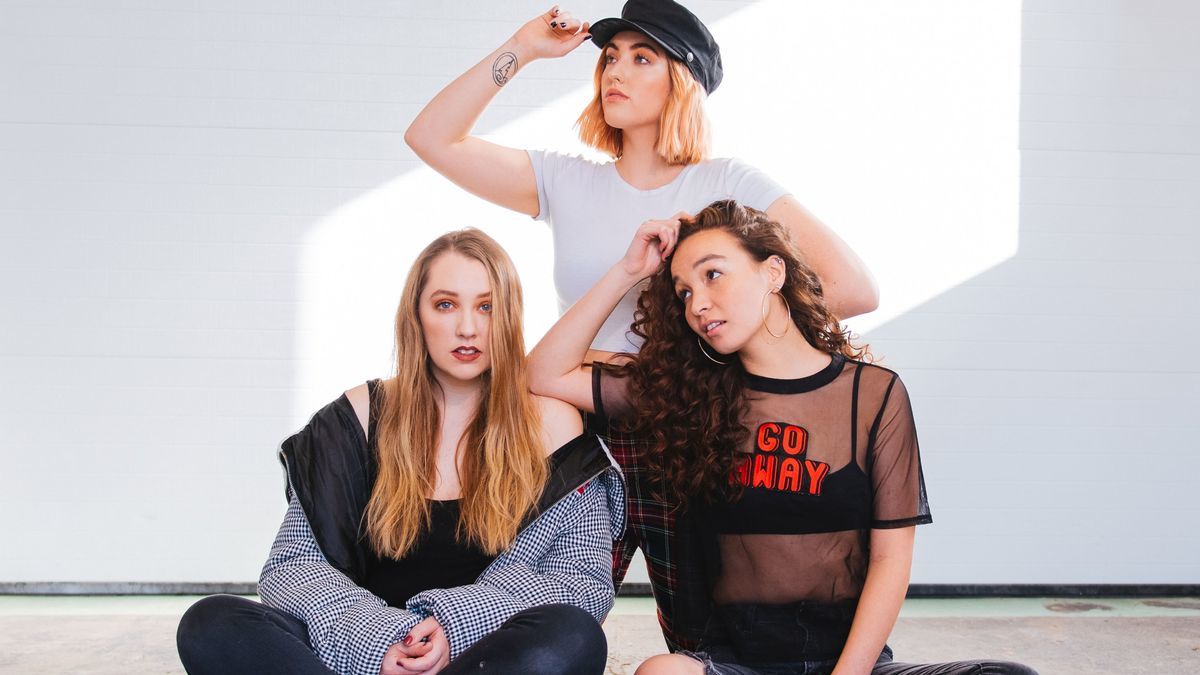 Even if you’ve never met them before, talking to Avenue Beat feels like catching up with friends.

Savana, Sam and Sami are all from Quincy, Illinois. Sam and Savana have been friends since they were small, and then they met Sami at musical theatre camp, and the band formed when Sami wanted to be their friend so pretended that she could play piano when she could not… But it seemed to work.

The three made their way to Nashville where they signed with their management and eventually got a record and publishing deal, and the rest is history.

What makes Avenue Beat stand out from other artists in country music at the moment is their distinct sound; Sami describes it as ‘punk youth country’, and their easy, breezy, really real lyrics.

They are women in their early 20s writing songs about exactly that: being women in their early 20s, and all of the trials and tribulations that come with that. From having to make the best out of having no money in ‘Broke’, to wanting your friend to see how amazing she is and that her boyfriend drags her down in ‘I don’t really like your boyfriend’, and to just being really anxious all the time, everywhere you go in ‘thank you anxiety’. Stories by young women that are not heard enough in country music but make the genre better.

Whilst ‘feminism’ can seem like a controversial topic normally in country music, Avenue Beat are trying their best to “spread the feminist agenda” – in a time when women are very often underrepresented in elements of the country music industry, Savana, Sam and Sami are making their mark on the genre by being unapologetically themselves, and unapologetically women.

They are my fellow Ingrid Andress and Caylee Hammack stans, and they are forever thankful for the trailblazers in country right now paving the way for “all of us up-and-coming baby artists to inherit a better future”, for instance Kacey Musgraves, Kelsea Ballerini and Maren Morris.

Madeleine Molly sat down (virtually) with Avenue Beat to talk about everything from mental health, feminism, women in country and 90 Day Fiancé.

Interview with Avenue Beat (LIVE FROM HOME)
Interview with Caylee Hammack
Interview with JP Saxe
Interview with Tenille Townes (LIVE FROM HOME)
Interview with Olivia Rodrigo
Hot in Music
Interview with Sigrid
The Norwegian singer-songwriter is back - and she promises her fans that she’ll never disappear again.
Switched On Pop | 40 Years Later, Japanese City Pop is Still Crashing the Charts (with Cat Zhang)
A podcast breaking down the music of pop hits.
'KANGAROO FABRIC' (GoldLink Disses Sheck Wes, Snoop Dogg Appointed as Def Jam Consultant)
Join Nic, Sope and Eden as they examine the trending topics of the week, new releases and mercilessly debate your favourite artists.
Switched On Pop | J Cole’s The Off Season and the Power of the 12/8 Shuffle
A podcast breaking down the music of pop hits.