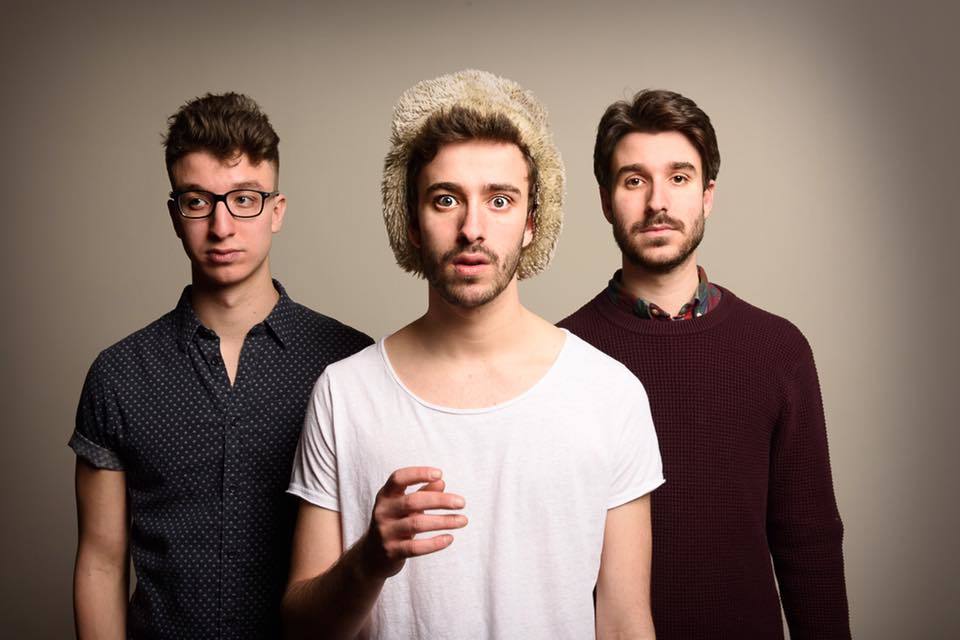 If you haven’t heard the three letters A J R yet, then get used to them.

The AJR brothers – Adam, Jack and Ryan Met – are the definition of a DIY pop group: they do everything themselves; from writing the music, performing most of the instruments, coming up with the artwork and even some elements of the roll-out of their music… and fans wouldn’t have it any other way. There’s just an AJR-ness which only they could capture.

Where they differ from other “DIY” groups is that they have genuinely seen life-changing success.

AJR are the future of what arena-selling bands look like: entirely involved and completely unlike anything else.

Their first single “I’m Ready” (which samples Spongbob Square Pants) was picked up by Sia on Twitter who FW’d it to legendary record label exec Steve Greenberg (he then became their manager).

2017’s “The Click” went to #61 on the Billboard 200 Charts and featured globally charting hit “Weak” and their only collaboration to-date “Sober Up” (featuring and co-written by Rivers Cuomo from Weezer). Now, ahead of their first ever World Tour, the band have released new album “Neotheater” – which has already charted at #8 on the Billboard 200 Charts and #1 on both the Rock and Alternative Charts.

“Neotheater” is a story in itself – as told through the announcement video on their Instagram, the band had already recorded an album before completely scrapping it all and recording what would become “Neotheater”. In classic, geeky AJR style, the album features 20s music references, video game sounds and even a song written from the perspective of a baby who has just been born.

AJR are the future of what arena-selling bands look like: entirely involved and completely unlike anything else. You’d struggle to find another band which sounds much like them…

James Gilmore sat down with AJR in London to talk about the recently released “Neotheater”, how “Weak” changed their life and what it means to be Alternative.