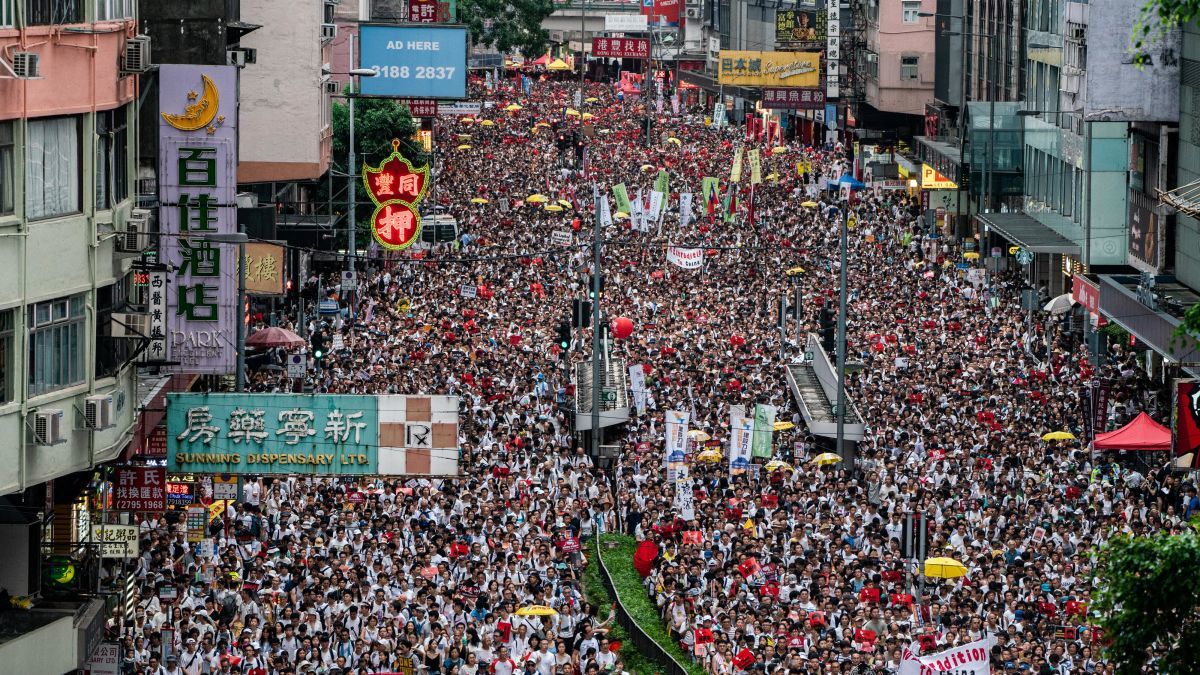 1 in 7 of the Hong Kong population are protesting

WARNING: THIS CONTENT MAY NOT BE SUITABLE FOR YOUNGER USERS.

Hong Kong has just experienced one of its biggest ever protests in history. Over a million people reportedly took to the streets – that’s 1 in 7 of the population. And hundreds of thousands more protesters have returned, insisting the scrapping of a proposed law which would allow those committing a crime to be extradited to mainland China.

Hong Kong was a British colony from 1841, until sovereignty was returned to China in 1997. It is now part of a ‘one country, two systems’ principle, which ensures that it keeps its own judicial independence, legislature, borders and economic system. This new law, protesters argue, would undermine the territory’s autonomy and bring Hong Kong more decisively under China’s control.

Following the mass protests, which culminated in the police responding with “excessive force”, the Hong Kong government did suspend its highly controversial extradition plans. Chief Executive Carrie Lam had previously refused to scrap the bill, so this a striking u-turn from a leader who, for days, struck a defiant tone and had vowed to press ahead with the unpopular legislation. Now she promises to “listen to different views from society”.

But a student at Hong Kong University, who was present at the demonstrations and witnessed the clashes, told Benji Hyer on W!ZARD Radio Station that the struggle for freedom has only just begun. “The world can expect to see more of us taking the streets and not backing down, because we are fighting for our future”, she said. “Three days of protests is not enough”.

She’s still terrified of China’s “iron grip” over Hong Kong and, in a heartfelt and extraordinary personal testimony, she recalls the pain of being fired at with tear gas and seeing her friends get shot with rubber bullets. She wishes to remain anonymous for security reasons.

[audio audio="http://www.wizardradio.co.uk/podcasts/BenjiHyerInterviewsHongKongProtester.mp3" title="Interview with a Protester in Hong Kong" descr=""]