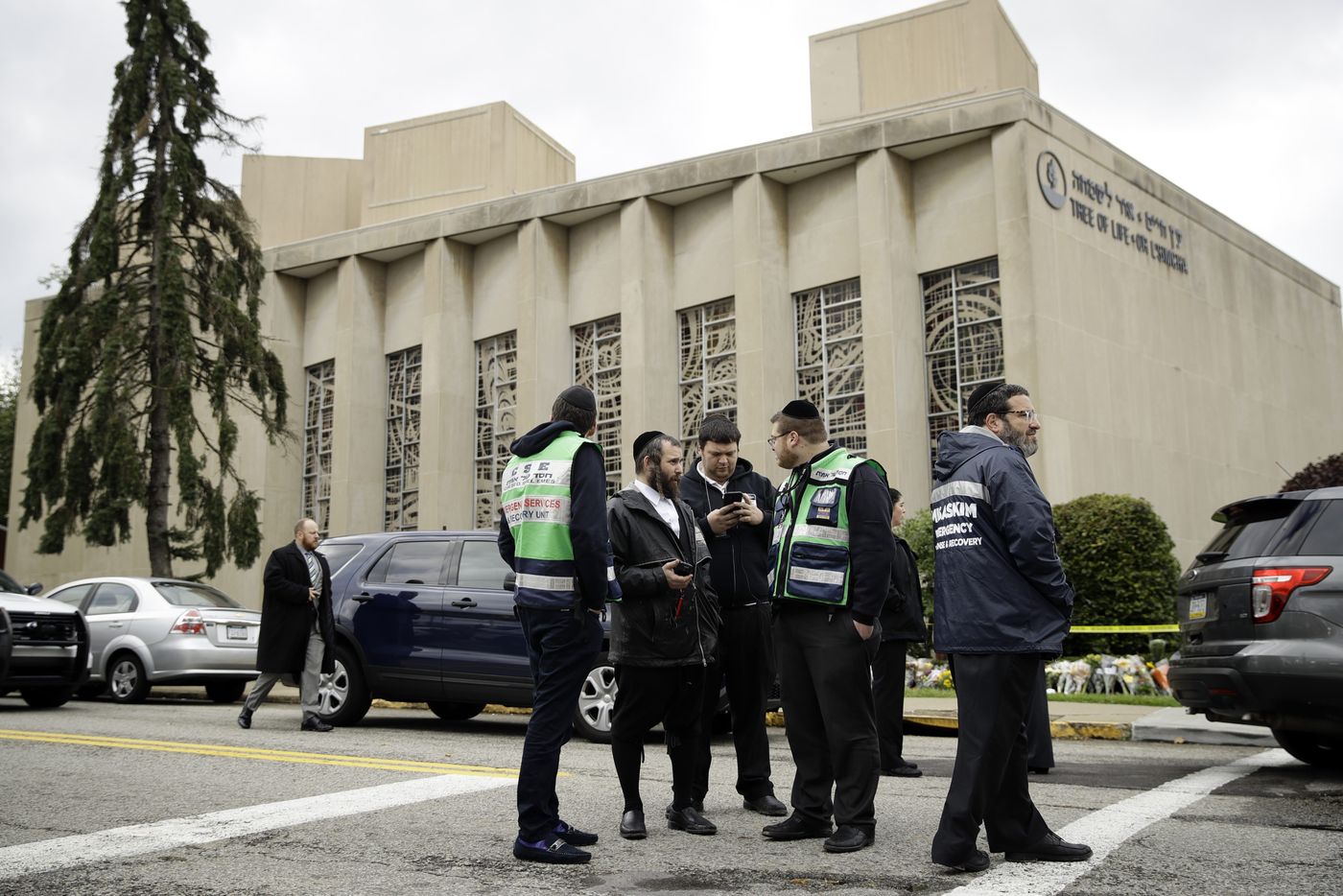 The Synagogue in Pittsburgh, Pennsylvania where 11 Jews were murdered by a gunman.

The past week in the United States have been dark:

Two people were killed at a grocery store minutes after their shooter tried to enter an African American church.
Mail bombs were delivered to prominent Trump critics
and then on the Sabbath, 11 Jews were murdered in cold blood whilst praying at a synagogue in Pittsburgh, Pennsylvania.

[youtube video=bz1vM41_aTY]
Donald Trump tweeted that "a very big part of the anger we see today in our society is caused by the purposely false and inaccurate reporting of the Mainstream Media." Yet most of those on the receiving end of the bombs have featured repeatedly in Trump’s tweets or rally speeches, more often than not in a negative light, and an apparent spark for deadliest attack on the Jewish community in the history of the United States was a racist hoax inflamed by a President in the run up to the Mid-term elections.

On Benji Hyer's radio show, we asked how the recent spout of rage can be taken out of politics. However, one listener, Mario, pointed out that society is actually no different to how it was before, and it is merely the presence of social media which is bringing to light these despicable sentiments.

[audio audio="http://www.wizardradio.co.uk/podcasts/HyersHighlightsDarknessInAmerica.mp3" title="Benji Hyer on the darkness in America" descr="Benji Hyer responds to listener Mario who points out hat society is no different to how it was before, but social media brings light to even more news stories. (4 minutes)"]