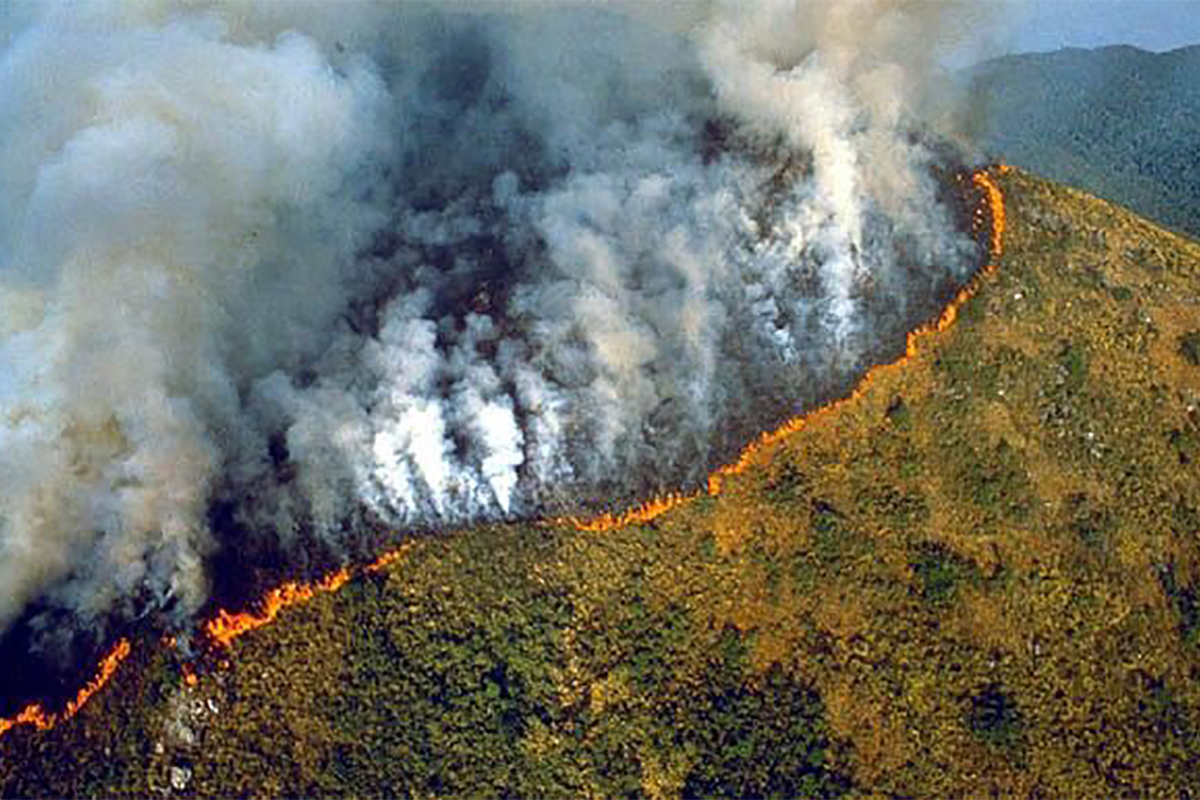 The lungs of the world are clogged with smoke.

In recent weeks, damning reports have come out of Brazil showing that the fight against global warming has become that bit tougher. You’ve likely come across the pictures and heard the outrage on social media about how the Amazon rainforest is on fire. Indeed, there been 74,000 fires there this year – an increase of 84% compared with the same period in 2018, and the highest number since records began in 2013.

The sky in São Paulo blackened due to smoke drifting from the fires almost 3000km away and, according to NASA, the scale of the fires is so huge they can even be seen from space.

Many of the fires burning through the Amazon are believed to have been started deliberately by agribusiness, with land being cleared at a rapid rate for soy bean farming or cattle ranches.

The idea of boycotting Brazil was discussed widely on Benji Hyer’s W!ZARD Radio Station show. But, Lucy Curtis – who works in sustainability for a company that designs infrastructure to cope with climate change and reduce carbon emissions – feels that it’s not as simple as blaming Brazil.

She argued that what’s going on in the Amazon is the responsibility of all of us and it’s down to everybody to change our behaviour or the way we live. Benji started by asking her, though, whether despite the attention being paid to this story, we are at risk of overplaying the situation.