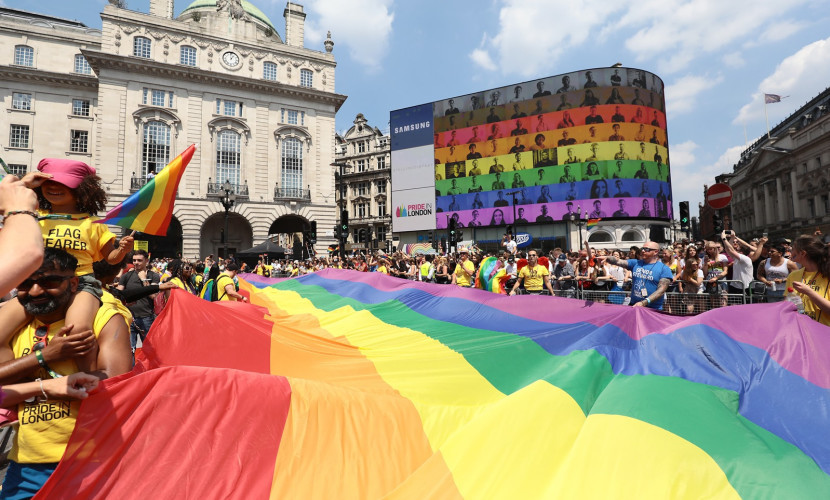 Up to 1.5 million people took to the streets of London on Saturday 6th July for the annual Pride parade. London Mayor Sadiq Khan believed it was the biggest Pride event to have been held in the capital. The march was the culmination of a month of celebration and recognition for the LGBT community.

Over the past few weeks, it’s been hard to avoid the colours of the rainbow flag. Everything from shops, supermarkets and banks were changing their logos, adding different window displays and selling special products.

But some LGBT campaigners are questioning whether this is an example of “rainbow capitalism”, something which Years & Years singer Olly Alexander describes as the “corporate hijacking” of Pride.

Companies have been accused of taking advantage of the LGBT movement to raise awareness of their brand without doing anything to tangibly help the gay community either here in the UK or abroad.

PRIDE IN LONDON RECEIVES AROUND £650,000 FROM CORPORATE PARTNERS… TWO-THIRDS OF IT’S INCOME

The corporate aspect is undeniably important – Pride in London alone receives around £650,000 from corporate partners, which works out at about two-thirds of its income. This ensures that over a million people can celebrate for free. Yet that hasn’t stopped Peter Tatchell, one of the organisers of the UK’s first Pride parade in 1972, arguing that the event is now overly bureaucratic and commercialised.

On his Sunday radio show, Benji Hyer read out two messages: one from Carla and the other from Steven. They set out the arguments in favour and against brands getting involved in Pride.