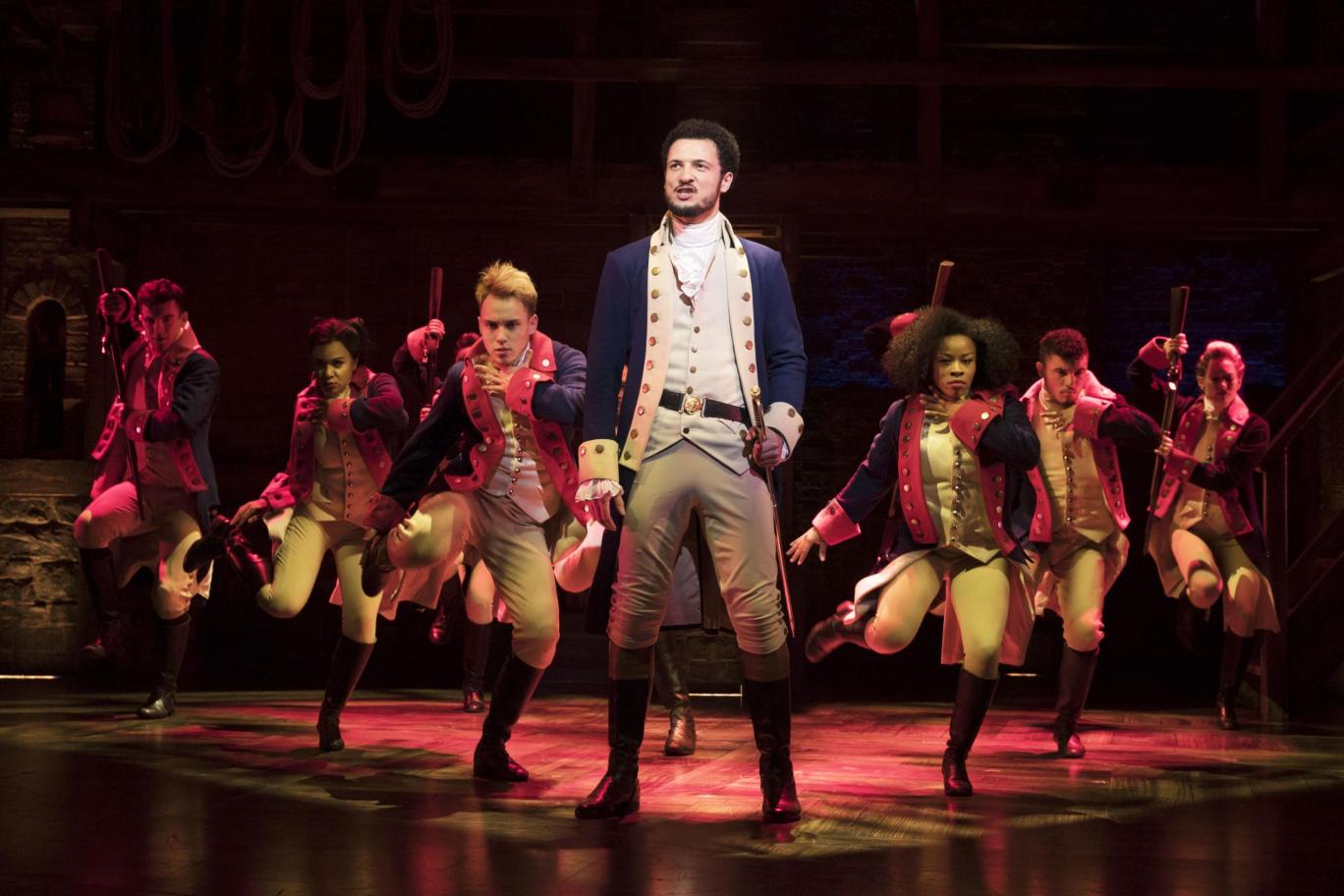 The cast of Hamilton in London

The smash-hit musical phenomenon which has taken Broadway by storm is beginning its run here in the UK, carrying the story of America’s beginnings across the Atlantic and into the heart of our capital city.

Hamilton - heart-breaking work of staggering genius that changes the form of musical theatre for ever - had its official opening night in the West End this week, where celebrities in the Victoria Palace Theatre witnessed the incredible tale of American independence.

[youtube video=_KsTjxKi5JE]
What is miraculous about Hamilton is the overwhelming success it has undergone when you consider the story-line and its antiquated setting. Yet it is no surprises that people are flocking to see a unique production about America’s Founding Fathers, because unlike textbooks for instance, this form of education is unequivocally captivating.

However, in a debate on Benji Hyer’s show on whether musical theatre is becoming a new way to learn about history and politics, Aaron says that tickets in London's West End are extremely expensive and "not accessible enough to the average person".

Hot in Theatre
Review: Derren Brown: Secret on Broadway
The American audience at SECRET, now running at the Cort Theater, may be new to Brown’s work. But one thing’s for sure, they will all leave as fans.
Review: Everybody's Talking About Jamie
Layton Williams steals the show in the refreshingly modern production about the boy with dreams of being a drag queen!
Review: The Secret Diary of Adrian Mole Aged 13 3/4
An enjoyable evening – one that puts you through ALL the emotions and is a totally honest portrayal of teenage life.
Review: Waitress The Musical
The Katharine McPhee and Jack McBrayer-starring music will undoubtedly leave audiences at the Adelphi Theatre in London with a slice of “Sweet and Fulfilling Jammy Musical Pie”.