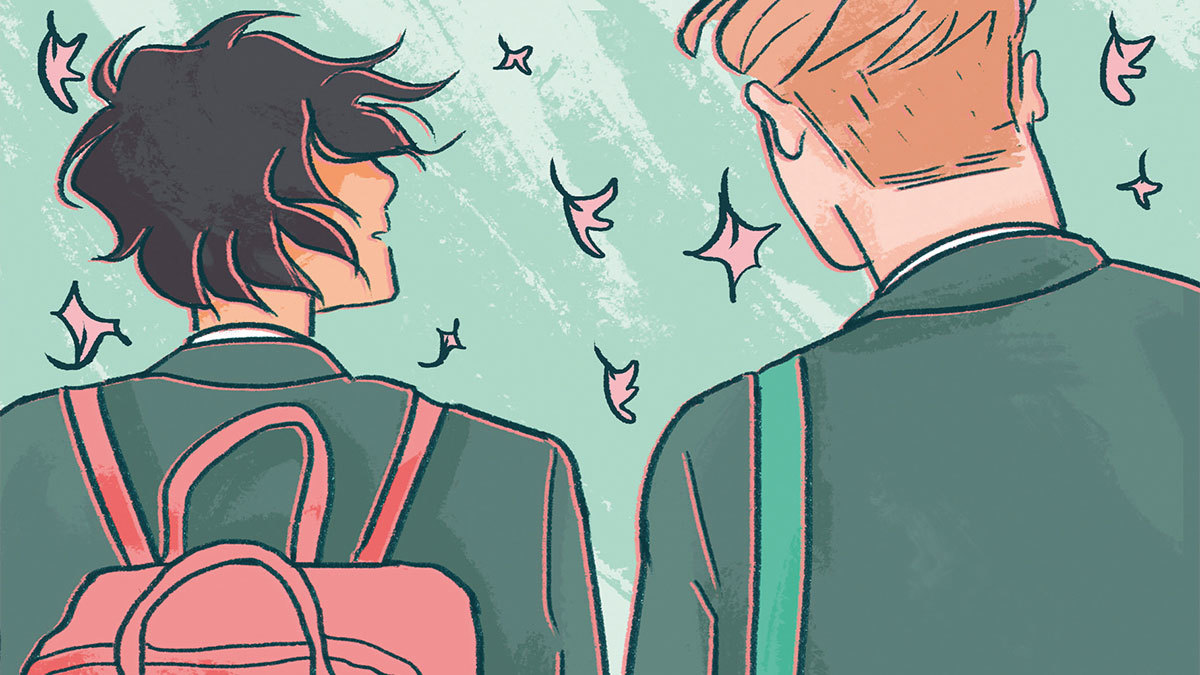 It’s often said that it’s important to see your own life reflected in the media – whether that’s TV or Film. Media can be inspiring and seeing people you relate to can make all the difference.

But, when it comes to LGBTQ+ relationships, it’s still an open debate as to whether the media and entertainment gets it right with many people arguing that LGBTQ+ characters tend to be stereotyped and over-simplified in TV shows, films and books.

“Heartstopper”, the graphic novel series from Alice Oseman, has been praised for it’s positive and realistic portrayal of life for a gay, teenage boy.

The books follow Nick and Charlie. Nick knows that Charlie is gay, and Charlie is sure that Nick isn’t… or so he thinks. Charlie is falling hard for Nick, even though he doesn’t think he has a chance.

Nick is discovering all kinds of things about his friends, his family and himself. And, Nick is more interested in Charlie than either of them realised.

Inspired by the release of "Heartstopper Volume 2", Evie Appleson asked listeners why they think it’s important to see all kinds of relationships represented in the media – and Evie had a very passionate response to one message in particular…

Hot in Books
Interview with Ava Eldred
James Gilmore sits down with the YA author to talk boybands, superfans ruling the world and The Boyband Murder Mystery.
Interview with Jennifer Niven
The New York Times Bestselling author of All The Bright Places catches up with James Gilmore for the first time in 4 years to talk about her new book: Breathless.
Lekhika Chaudhary: Safe Spaces
Inspired by Brittney Morris' new book SLAY, Lekhika Chaudhary responds to a listener's message about the importance of safe spaces.
Evie Appleson: LGBTQ+ Representation In The Media
Inspired by Alice Oseman’s new book Heartstopper Volume Two, Evie Appleson responds to a listener’s message about representation of all kinds of relationships in the media.