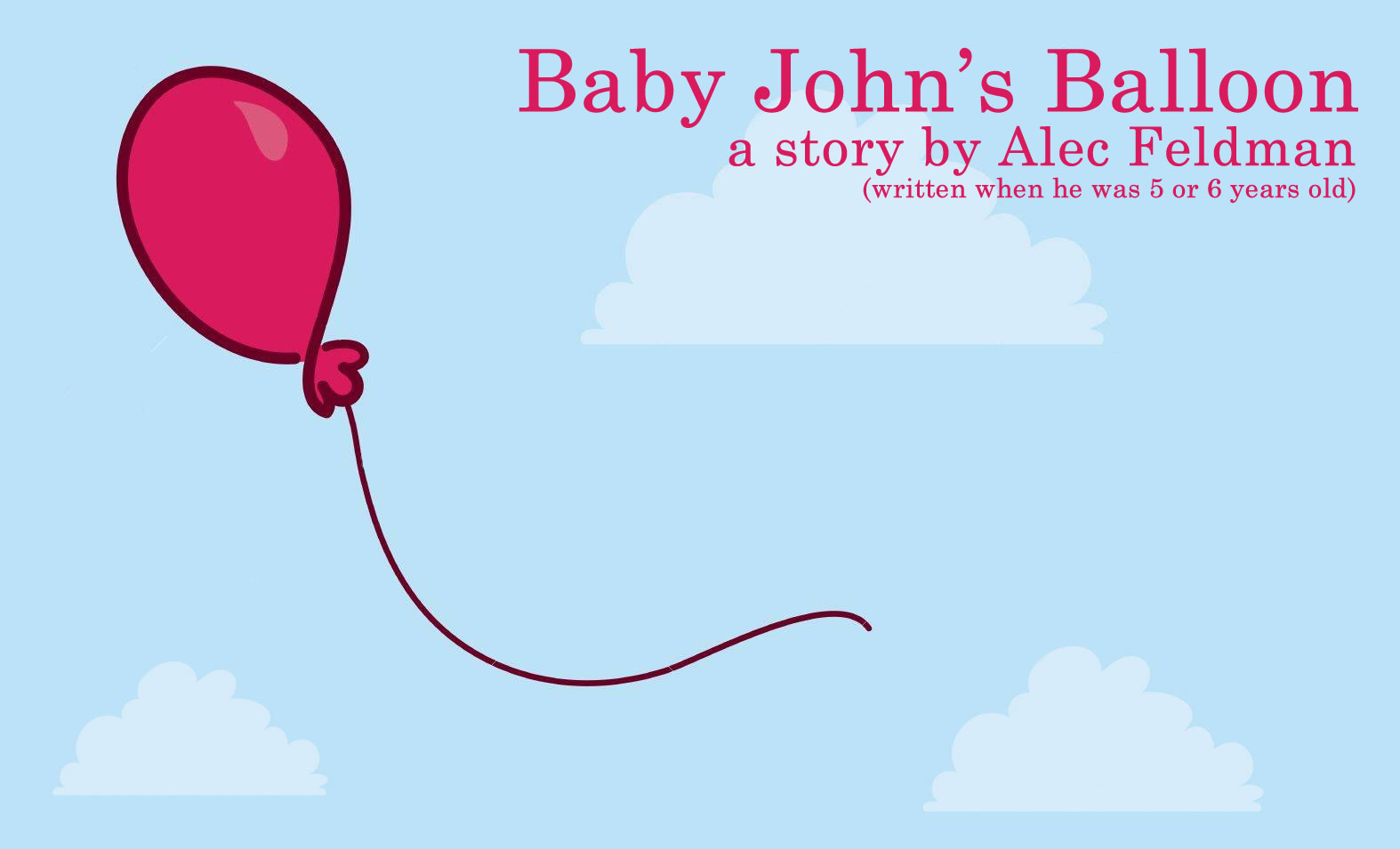 Whilst he was looking through some old files on his computer this week, there was one that caught Alec Feldman’s eye – a file, called “baby john’s balloon.doc”.

What was it? A story that he wrote in 2005, when he was six years old. This literary masterpiece was 97 words long, written in size 28 font in lilac, and the protagonist was a baby boy called… John.

It made Alec laughs so much that he HAD to share it on his show. It has twists and turns, a gripping narrative, and did we mention? The main character is a baby, called John. JOHN.

Hear the story below – anyone know when the Booker Prize nominations are?